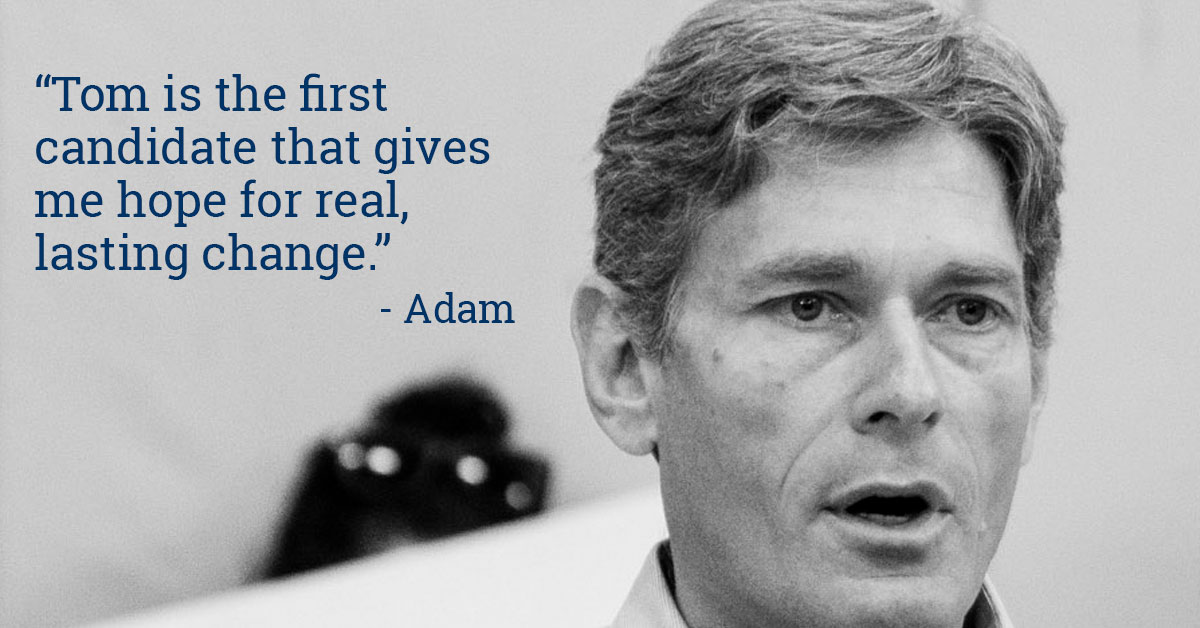 This election will bring many different types of individuals to the polls. Like many young people, I never considered politics to be something I needed to pay attention to before the 2016 election; my family was loving, stable, and we were fortunate to have a good economic foundation to rely on. I voted for Mitt Romney in the 2012 Presidential Election and considered myself a right-leaning independent when I came of voting age. Then Donald Trump announced his bid for the White House, and all my perceptions of what I thought was morally righteous and dignified went right out the window.

My name is Adam, I’m a 25-year-old, lifelong resident of NJ07 and I’m wholeheartedly backing Tom Malinowski for the House of Representatives. I was raised in a home that leaned right-of-center, and I valued the ideals of faith, family, unity, respect for every human being, equal opportunity, and the right to happiness. Traditional conservatism was a set of ideals that together, seemed to embody most of the values I was raised with at home. I considered voting for Republican candidates to be a way I could reinforce the goodness that could come about in the world, until Donald Trump came along. To me, he reinforced the worst instincts of humanity from mocking the disabled to marginalizing minority populations, degrading the potential of dignified women, or even by embarrassing the country on the international stage. In February of 2016, I changed my voter registration from Independent to Democrat.

I want nothing more than the people who represent me to put the common person’s interests first, act in a respectful way towards world leaders, reach across their constituencies to unify us under a common set of goals, and bring about positive change in an effective and fair way. Having seen Leonard Lance align himself with many of Trump’s ideals, I cannot even consider supporting him for the House on November 6th. Tom’s history of standing up to dictators, his steadfast support for human rights, and his dedication to this district make him the clear choice in how I believe this district needs to be represented. Throughout my life, I’ve always viewed this district as a safely conservative enclave, and Tom is the first candidate that gives me hope for real, lasting change. I am proud that my first vote in a congressional race will go to him, and I can’t wait to see his accomplishments play out in Washington.