AFFORDABLE CARE ACT: This Issue is Not Going Away 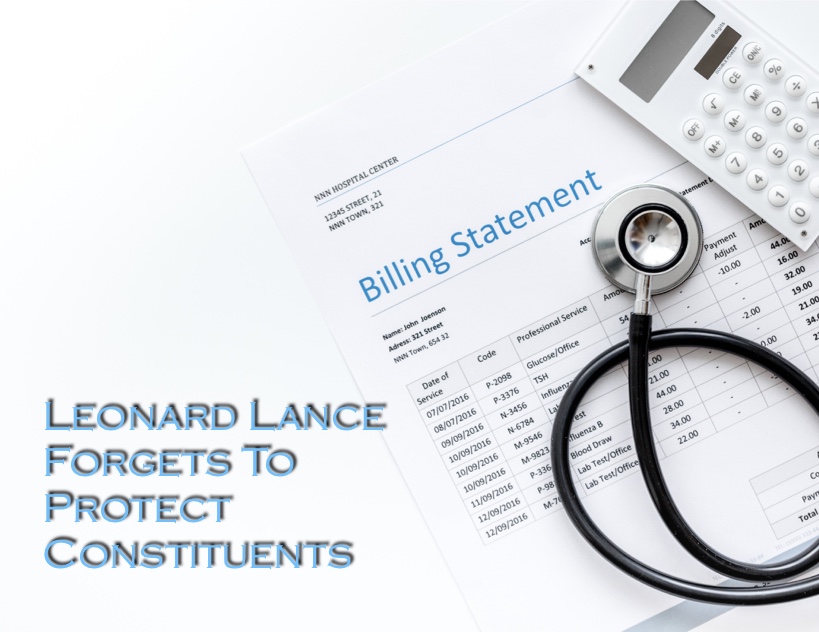 Way back in 2013, Congressman Leonard Lance’s proud boast was that he had voted 39 times to repeal, defund or dismantle Obamacare.

In 2017, Lance voted FOR the Republican repeal measure, when it emerged from the Committee on which he serves. Of course, when faced with a constituency-wide rebellion, Congressman Lance changed his tune, and ultimately voted AGAINST the legislation on the House floor. This is the vote he would like us to remember in his attempts to paint himself as the model of a moderate Republican.

Well, you can’t have your cake and eat it too, Congressman.  How has healthcare worked out on your watch? Obamacare was working remarkably well by most important metrics. Program costs were much lower than expected, and the uninsured rate among nonelderly Americans fell sharply — from 18.2 percent in 2010 to only 10.3 percent in 2018.  Since then:

The predictable results were to drain the young and healthy from the insured pool, driving up premiums by about 18%, and adding 6.4 million Americans back on the rolls of the uninsured. A victory for free markets! The sting in the tail is that because government premium subsidies rise in tandem with premium increases, the cost of subsidies borne by the government will rise by $33.3 billion next year!  How’s that for fiscal conservatism, Congressman?

Come November, voters in NJ7 will know that Leonard Lance cannot be expected to support their healthcare needs, and we will vote to send him on his way.