All Politics is Local When the Candidate Supports White Supremacists 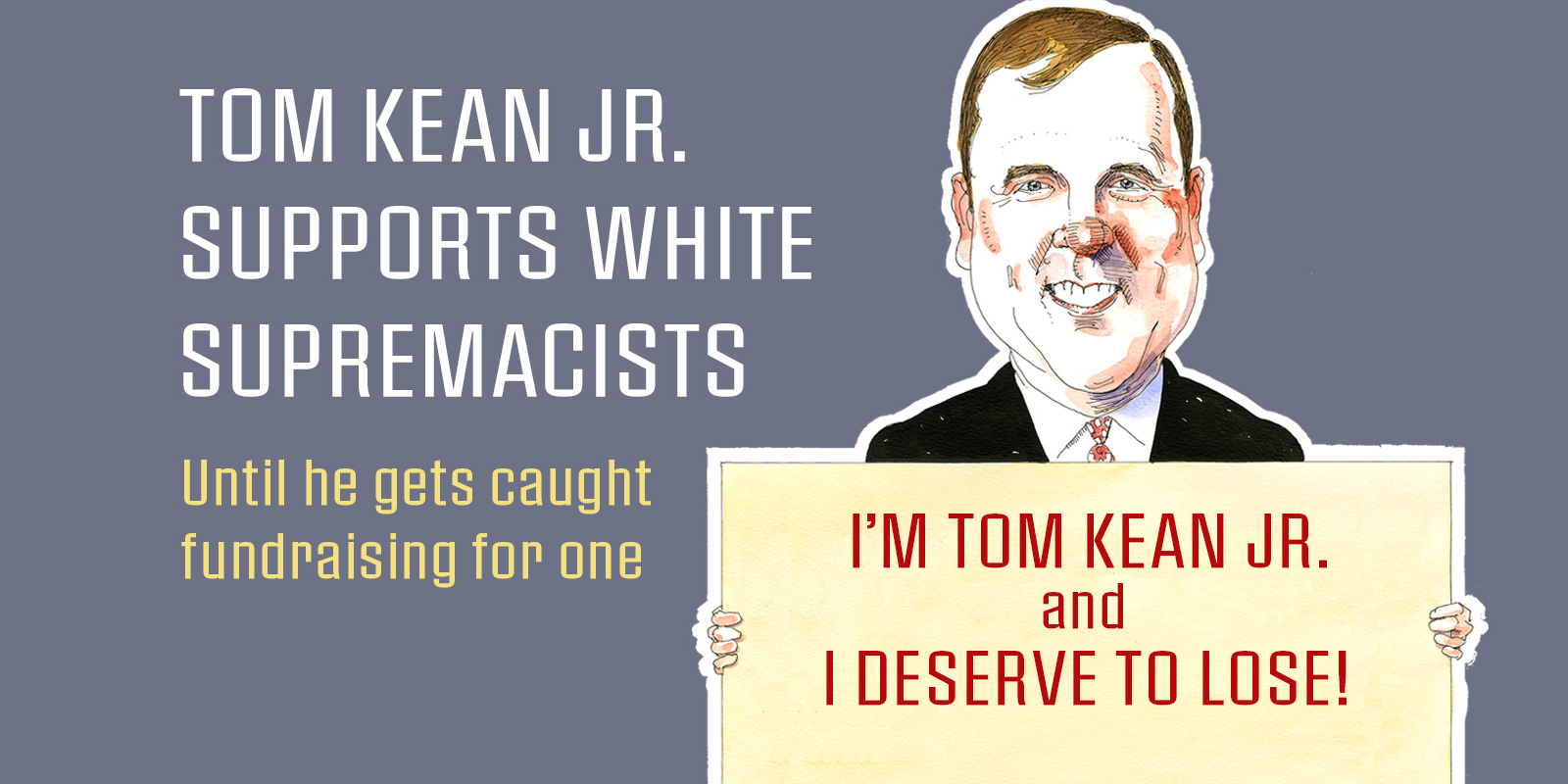 Tom Kean Jr. has been in office for 19 years and is the son of a revered New Jersey governor, which means he’s effectively lived his entire life in politics.

So how’d he not know he was fundraising for a white supremacist town council candidate in #Garwood? (links below)

Answer: incompetence, it’s who he expects his supports to be, or both.

Kean’s name is on the fundraiser invitation, which is sponsored by the Union County GOP, and posed with the candidate while he wore a Trump 2020 hat. In public social media posts this candidate posted: “Some of us aren’t okay with teaching kids homosexual history,” “It’s okay to be white,” and mocked George Floyd’s death. The town council candidate’s name is Jesse Wilson but used the name ‘Jerome Biggums’ on Facebook.

Back in July, I wrote a letter outlining Kean’s recent record of homophobia. In response, Party leaders went out of their way to publicly condemn me and coalesced around Kean instead. Those leaders included the former Republican mayor of Westfield, the former vice-chair of campaigns for the Westfield Republican Committee, and the former chief of staff for the Republican congressmen who once held the seat Kean is now running for.

Today’s Republican Party puts more effort into convincing you they’re not incompetent and bigots, then actually being competent, good-faith, and of service to all people.

Let’s look at how more of the facts connect—

Locally, Kean is supported by the Westfield Republican Committee and the Union County GOP;

Kean is endorsed by Senate Minority Leader Kevin McCarthy, Minority Whip Steve Scalise (who posted a doctored video that altered the words of ALS activist), House Conference Chair Liz Cheney (who despite having a gay sister, condemned marriage equality), Former House Speakers Newt Gingrich (who paved the way for Trump’s rise in politics) and Paul Ryan (who lied to make sure Trump finished that rise to victory in 2016).

See the full circle? All politics starts and ends right at your doorstep. Which is especially concerning when the Republican Party, as we know it today, is a haven for bigots just like the one Tom Kean Jr. supported.

At every level of government, Republican leadership has declined to condemn Trump’s racism, lying and incompetence because that’s how they lose votes. We saw it play out in Westfield when Party leaders allowed their bigoted council candidates to remain on the ballot, and residents *still* voted for them on Election Day.

As of today, 180,000 people are dead from COVID-19, about 30 million people are unemployed, local businesses are wiped out, and the president is defending white supremacists while our State Senator is out here fundraising for them.

Everyone is entitled to their own opinions, however incongruous they may be, but not their own facts. Bigotry and incompetence is on the ballot this election, and you’re either voting for it or against it on November 3rd.