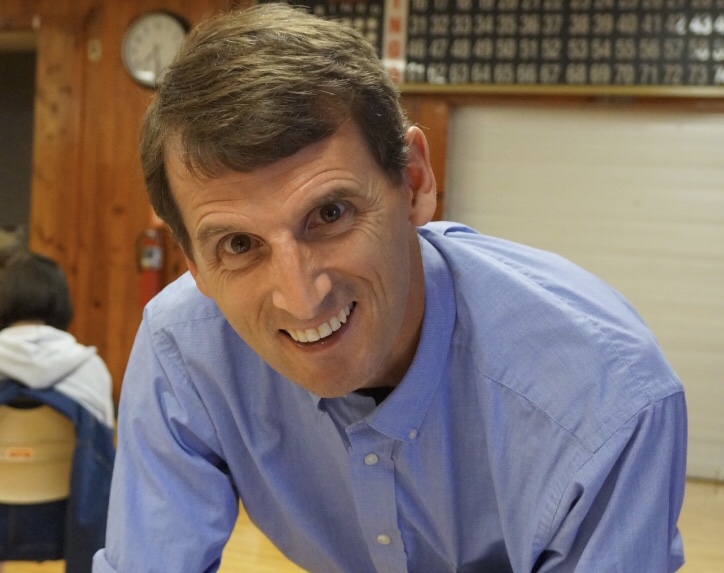 Having known and worked with US Rep. Leonard Lance since 1992, it was not easy deciding to run against him last year.

Nearly three decades ago both Lance and I were newly promoted to jobs in Trenton, he as a member of the NJ Legislature having worked for the quintessential bi-partisan moderate Gov. Tom Kean, me in my mid-20’s, as a public interest advocate before the same legislature.

For most of the next two decades Lance served with honor in the Legislature. He was a champion on the environment and fiscally responsible, even when that wasn’t popular in either party. He successfully took on Governors. Whitman and McGreevey for their poor borrowing habits and bad land use decisions.  In 2000, he was one of only two NJ legislators (the other being Senator Loretta Weinberg) to score a 100% on Clean Water Action’s scorecard. He took on the precursors to the Tea Party wing of his party to champion the 2004 Highlands and 2007 Global Warming Response Acts. These actions often came at considerable risk to his career – he lost a promotion to chair the Appropriations Committee at one point.

And he kept on doing the “right” thing, including when he finally did get to Congress, one of only six out of almost 200 Republicans to acknowledge the climate crisis and vote in 2009 to fight it effectively.

But soon after that 2009 vote, he lost his way and he’s never recovered. He became more concerned with not alienating the Tea Party instead of standing by his principles. He now swings to the prevailing winds of the moment -- to the right in 2010-16 primaries, slightly tacking to the middle in those generals, and in 2018, responding to pressure from resistance groups, back to the middle. He has betrayed the majority of his constituents, those in the middle, on the environment, taxes, health care, immigration, women’s rights, and most importantly, leadership.

Voting records matter but what really matters in a congressional representative is leadership. Here there are two litmus tests.

The first is the vote on Speaker of the House. It’s the most important vote by far Congress takes because the Speaker unilaterally decides what bills get a vote, in what form, and who gets how much of a say. Under any scenario, Lance has and will continue to vote for House Republican leadership that serves as a blank check for Trump as opposed to any Democrat who would serve as a real check and get us back to the middle.

The second leadership test is how effective you are – how hard you fight for your positions, how persuasive in bringing others along to your side and use the media and bully pulpit effectively... By all accounts Lance is a failure here. Even on the high profile issues where he’s voted the “right” way, he has not brought others with him. He only vote the “right way” when given a “hall pass” from the Speaker.

This is not leadership. We need Representatives who stand by and fight for their convictions bravely, who lead effectively, and who compromise fairly. Lance fails on all three counts .

He has lost our trust. Lance had his chance. He blew it. It’s time to give others that chance.

David Pringle is a public interest advocate with 30 years experience and ran for Congress in NJ's 7th District 2018 Democratic primary. A lifelong resident of Cranford, he has just launched David Pringle Associates LLC, a strategic consulting firm with a special focus on energy, environmental, good government, and progressive public policy.