My name is Sid, and I have never lived in an era without school shootings. I was born more than a year after Columbine, but I know that my children and my friends’ children will be born in an era when school shootings are specters of a distant and barbaric past, as repulsive to the American Way of Life as the institution of segregation is today.

Mr. Congressman, my name is Sid, and I’m an American. My blood is red, my courthouse is white, and my passport is blue.

My parents came to this country as “permanent aliens” so that my inalienable rights would be permanent. Among them, both the rights to free speech and the right to bear arms. When the framers of our country’s founding documents enshrined those rights in our constitution, they were able to shout from the steps of their courthouses. They were not able to walk into a Walmart and purchase a weapon of war that could fire dozens of lethal rounds per minute.

Mr. Congressman, the very people who wrote those documents also enshrined the recognition that all Americans have a right to life, liberty and the pursuit of happiness—And when the modern interpretation of the second amendment conflicts with my right to life and liberty I think I know which one is more important, Mr. Congressman.

My name is Sid, and I am a student in a country whose education system is ranked 38th in Math, ranked 24th in Science, and ranked 1st in school-related gun violence.

Mr. Congressman, you cannot test us on a subject after burning all the textbooks. No one, no one in this country will truly understand this issue until you and your colleagues wholeheartedly, unequivocally, support scientific research into gun violence.

Your colleagues are seriously considering paying teachers to wield deadly weapons. Mr. Congressman, they barely pay our teachers to teach!

Mr. Congressman, I know that you’re tired of hearing about how Australia had zero mass shootings after instituting gun control, and that the U.K., Japan, Germany, and Canada have experienced similar success. The two of us know that our country isn’t Japan or any of those others. The political climate in those countries, the legislative precedent in those countries, is as different to ours as sushi is to a Big Mac.

But Mr. Congressman, we must remember that this is America--not the first country to go into space, but the first to step foot on the moon. JFK said we as Americans “do these things not because they are easy, but because they are hard.” Mr. Congressman, America will not be the first country to institute gun reform within its borders, but it will be the country where the fight will be the most hard fought and the most rewarding.

Mr. Congressman, I understand that the War on Drugs is a complicated issue. So is the War on Terror. But, why, in this country of freedom, are we so motivated to pursue a War on Children?

Mr. Congressman, if Nicholas Cruz was a perfectly law-abiding gun owner until he stepped foot into that school, then those laws must change!

Mr. Congressman, your colleagues often reference President Reagan as a paragon of American leadership. He presided over the end of the Cold War, and era when the fear of—as he put it—the “Soviet Empire of Evil” drove students under desks in atomic bomb drills. When today’s children hide in closets and behind desks from our fellow countrymen armed with assault rifles, ask yourself, what is the Empire of Evil that we fear this time?

Your colleagues and base of supporters often proclaim that if the we want common-sense gun reform, we will have to tear the guns from their cold, dead hands. Mr Congressman, if you want this ballot, you’re gonna need to tear it from MY cold, dead hands. 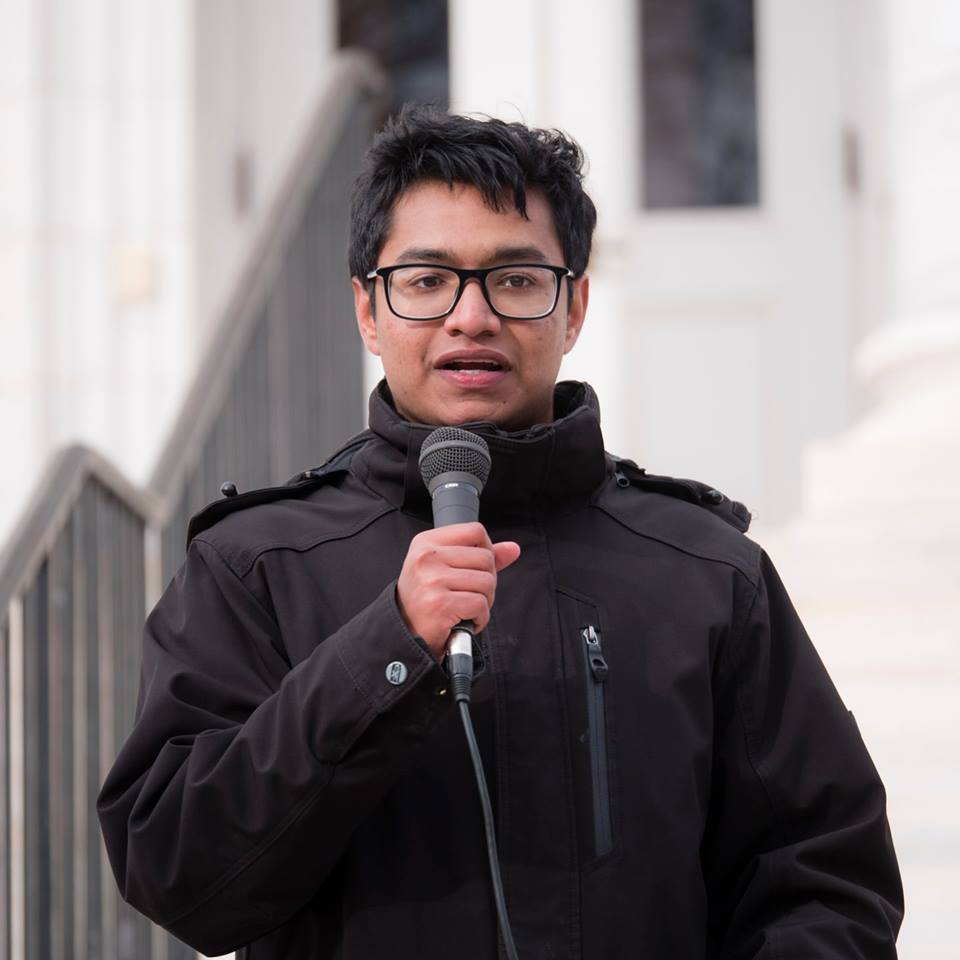