Millions of Americans were exposed to fake Facebook ads and posts generated by Russian operatives who sought to influence voter behavior and exploit division in America before the 2016 election. Intelligence Agencies are warning that this will continue and warn it is expected to escalate as we move closer to the midterm elections. The voting public has heard the words “fake news” more than any fair minded person can tolerate. I think we can all agree that enough is enough. We deserve better than this.

NJ7 Citizens for Change discovered that GOP House Leader Paul Ryan’s Super PAC (The Congressional Leadership Fund) has created a FAKE WEBSITE at the domain www.malinowskiforjersey.com. This website is deceptively disguised as the true site for his opponent, Tom Malinowski. The purpose of the deceptive domain is to malign his opponent with false claims and more negative ads. The Congressional Leadership Fund is also running attack ads on television. 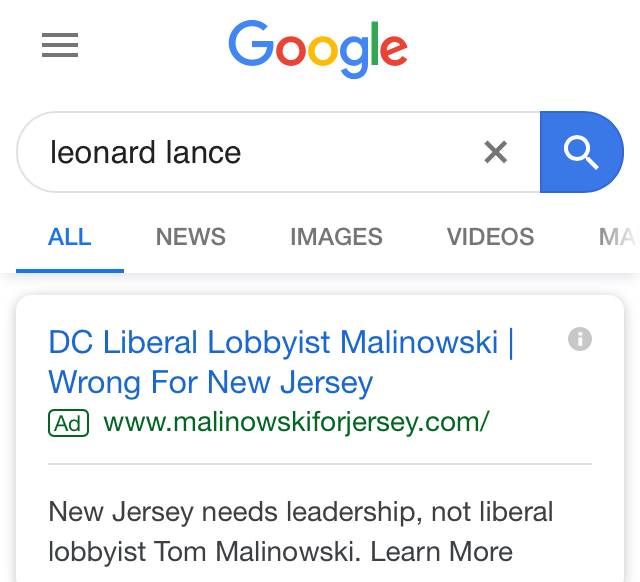 The campaign to prop up Lance hasn’t stopped here. A Washington DC pharma lobby is hoping to deceive NJ07 voters into believing Lance supports the healthcare needs of his constituents. These Washington lobbyists do not serve the needs of NJ07 residents. They are promoting a candidate who supports their profits. These tactics are highly unethical. The creation of a fictitious awards is meant to trick voters into believing that Lance will protect their healthcare. The facts are clear. HealthNewsReview.org frequently writes about how patient advocacy groups are co-opted by drug industry funding, but the AfPA is something different, observers say: a front group established solely to do the bidding of the industry. The AfPA pushes platforms that help drug companies’ bottom lines. Lance falsely boasted of this award. 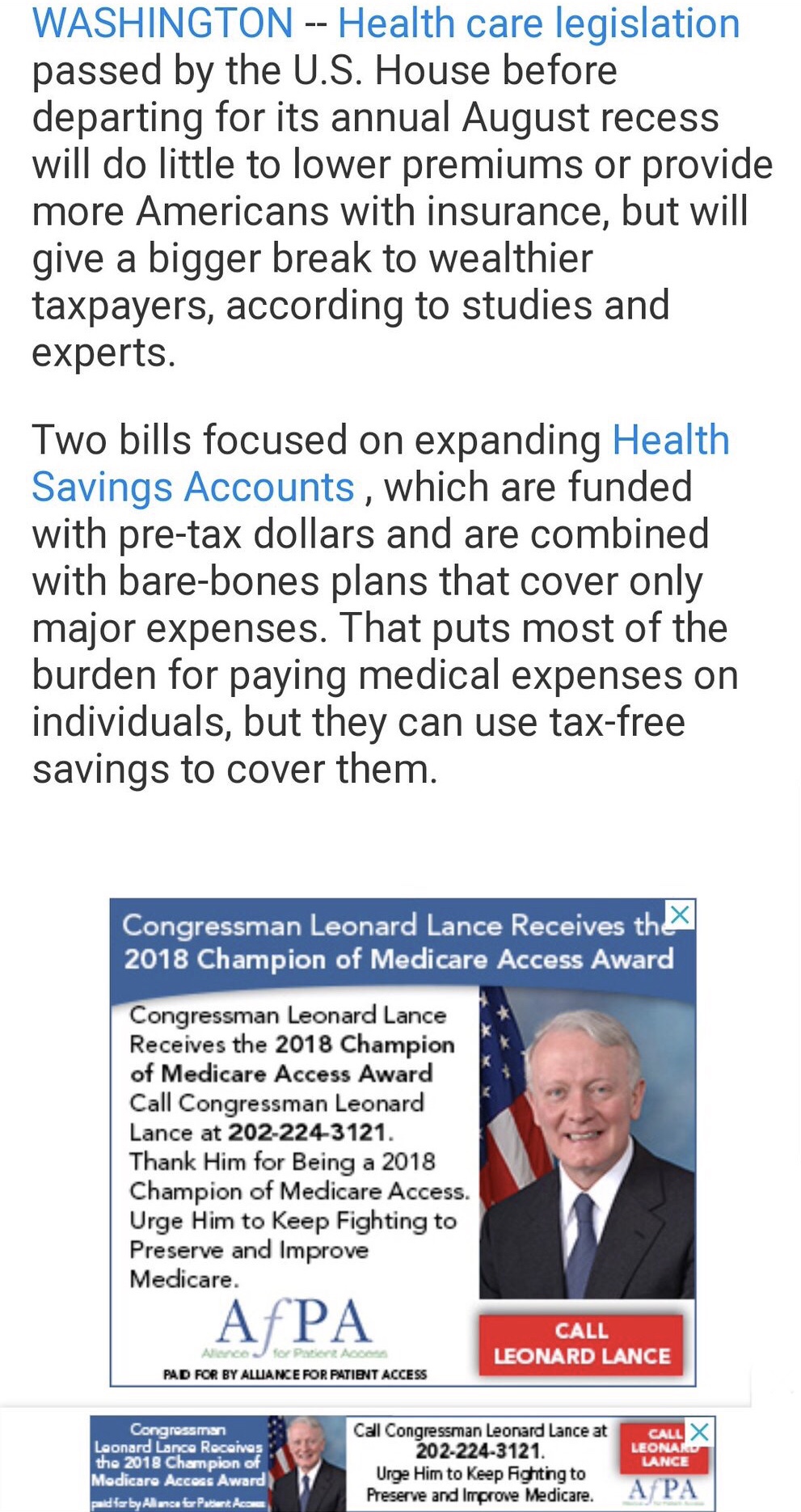 The lobbyists haven’t stopped here.The Partnership to Fight Chronic Disease is a lobby funded by Parent Pharmaceutical Research & Manufacturers of America recently bestowed Lance with the “Champion for Healthy Senior Award”. Big pharmaceutical companies are not working in Washington to help senior citizens. They are fighting to increase their profits. 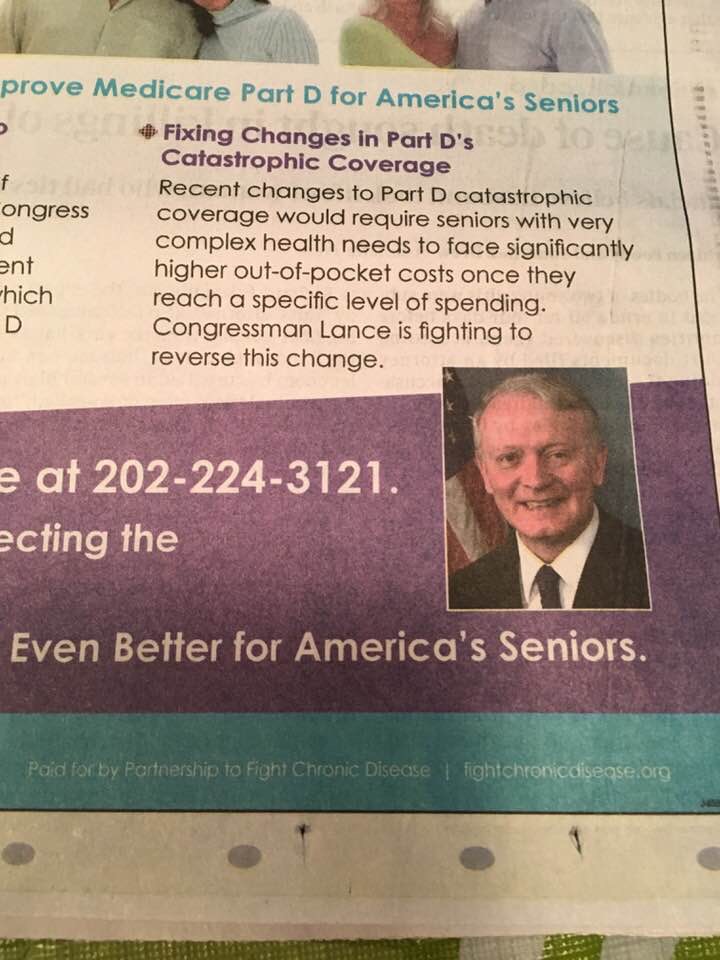 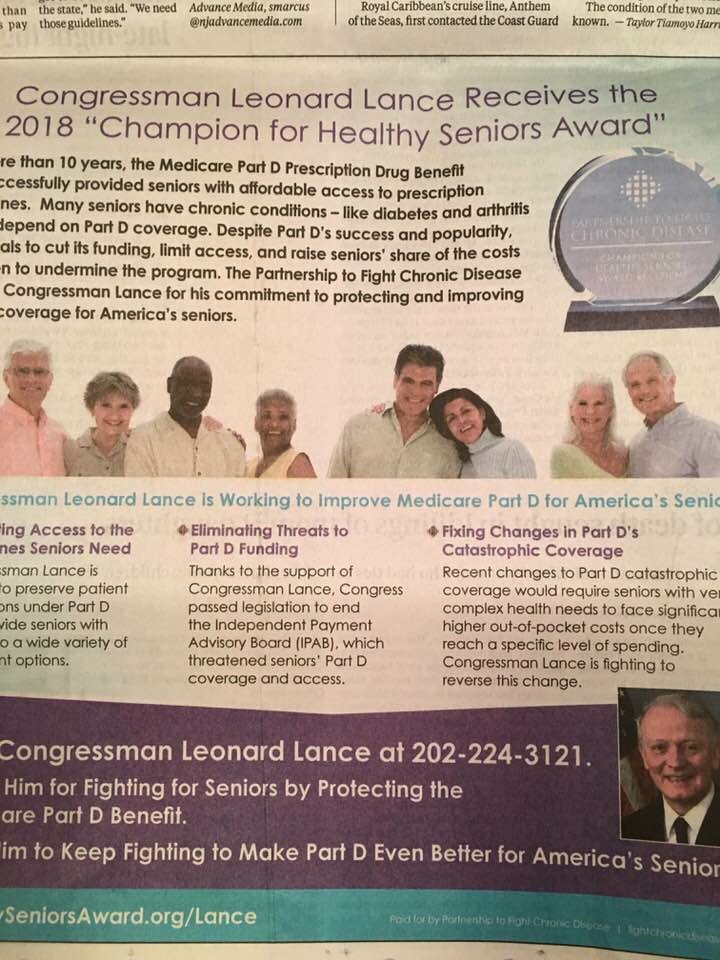 Both of these awards offer voters a FAKE version of the facts.

Congressman Lance cannot win on his record and years of ineffectiveness. Paul Ryan’s Super PAC and Washington Lobbyists do his dirty work for him. Constituents in NJ07 must reject his FAKE and FALSE CLAIMS. Lance should prepare for voters to reject him this November. Vote Malinowski for Congress . Bring results to N.J. #VoteforChange.