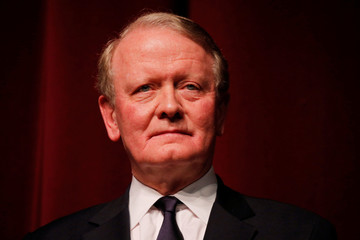 It’s getting lonely for Leonard Lance.  Another of his colleagues has chosen to retire, rather than face the wrath of the voters.  And this time, it is the one-time wunderkind, Paul Ryan, whose “sterling integrity” was highlighted by our Congressman.   Oh, please!

In 2010, President Obama introduced a bipartisan fiscal commission, co-chaired by Erskine Bowles and Alan Simpson. Bowles and Simpson called for policymakers to set, as a basic principle, that the deficit should be reduced in a way that does not increase poverty and inequality; they called for protecting low-income and vulnerable Americans. Paul Ryan never believed in that approach. In December 2010, he proposed a budget that would have been the most regressive in our history.  The first of many to follow.

Under Obama, we had eight years of Ryan’s handwringing about the Federal deficit and the need for entitlement reform.  Under Trump, within a year, we saw Ryan oversee a massive tax cut for corporations and the super-rich, surrounded by fluff about the growth it would unleash.  With a tax plan that was always about pleasing the big Republican Party donors, it was no surprise that the Koch brothers and their ilk immediately showered Ryan and the Republican Party with cash.

Now we see from the CBO that this tax “reform,” and the accompanying budget, will balloon The Federal deficit such that by 2028, the national debt will total 96% of GDP.

We KNOW that Ryan or no Ryan, the drum beat for “entitlement reform,” i.e., cuts to Medicare, Medicaid, veterans benefits and Social Security, will quickly intensify.  Well, WE will not allow the sick, our veterans, and the elderly to bear the brunt of the consequences of a reckless and intellectually dishonest approach to policy making.

But Congressman Lance thinks differently. . . . On his Facebook page, he is pictured standing at a lectern which carries the slogan “Debt Reduction NOW.”  And he voted on Thursday to amend the Constitution to require a balanced budget.  Come on, Congressman!  After a year of wholly and completely irresponsible votes, this doomed measure was just an exercise in sanctimonious claptrap.