Moral Leadership Means Showing Up, And Leonard Lance is Hiding

Children as young as nine-months old are being ripped from their parents at the U.S. border. Senior Trump administration officials are blatantly lying about the Republican policy and who is the blame. The U.S. government has reportedly lost track of many children. Lawyers representing the parents and foreign diplomats are trying to desperately find them on American soil.

Yet in response to this dark moment in U.S. history, many are standing up for our American values to demand families stay together. U.S. Senator Merkley was denied access to a children’s detention center in Texas, causing national outrage. Following protests and delays, New Jersey Congressmen Albio Sires, Bill Pascrell, and Frank Pallone met parents separated from their children being detained here in New Jersey. Major airlines are refusing to transport children taken from their parents. And last Tuesday, concerned neighbors drove from New Jersey to Washington DC to make our voices heard and demand a change in policy.

Throughout this national debate, Congressman Leonard Lance has been absent. Instead of strongly condemning the Republican policy of separating children from their parents, he instead criticized Democratic legislation that would immediately halt the practice. Rather than calling out President Donald Trump for this immoral action and demanding Congressional oversight, Lance released a passive statement recommending the revival of legislation from 2014 that wouldn’t address the problem. Lance and his Republican colleagues met with President Trump on Tuesday – not one member demanded a change in policy; instead they stood and applauded him.

To demand more from Congress, Westfield 20/20 and NJ-7 Forward organized a trip to Capitol Hill last week. We met with Senator Booker and Senator Menendez to let them know we have their backs and ask them to do more. We cornered Republican aides to show them the public is watching and we will remember their inaction. Throughout the trip, Congressman Lance was absent – from a request to meet in his office as well as any action to fix the problem. 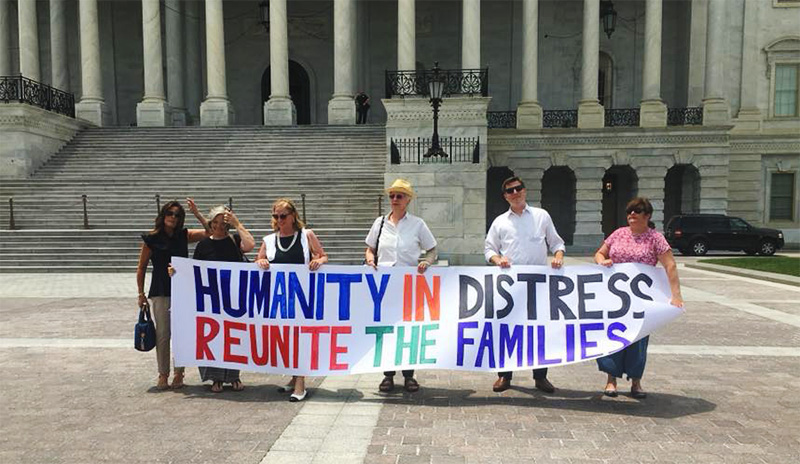 This Saturday, two more busloads of neighbors from Union County will go to DC to demand that families belong together (sign up here: https://www.signupgenius.com/go/409054fa5ac2da4fe3-cranford).

We are at a critical moment in America. Do we believe in decency, families, and the well-being of all children in our borders? Or, will we be governed by cruelty, corruption, and incompetence. Leonard Lance made his decision; this November, we make ours.

Brian Andrews is a Vice Chair of the Cranford Democrats.