On Healthcare, Lance Remains Stuck Between a Rock and a Hard Place.

Should I laugh or cry when I see that Leonard Lance received the 2018 Champion of Health Care Innovation Award?  Both. Who knows what he thinks about healthcare? He is stuck between a rock and a hard place.  The last thing he wants is to be asked for a cogent response on the issue.  So ask him.

The man who recorded 64 votes against the Affordable Care Act, when faced with the realities of office, and the voice of his constituents, could not in the end vote for the cockamamie piece of repeal legislation his party tried to foist on the electorate.

The American people expect our government to do more to ensure that the basic health needs of all citizens are taken care of, through expansion of Medicaid or Medicare, or some form of single-payer solution. Do you think Lance did not study the exit polls in the recent Pennsylvania election, which showed the issue is high on the minds of voters? 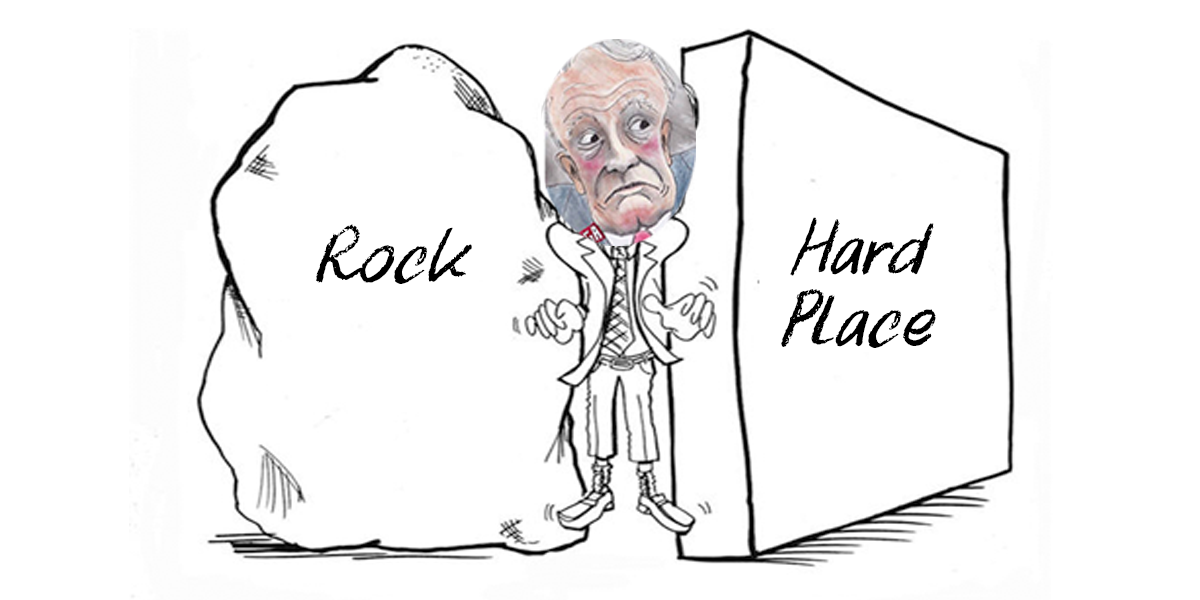 The issue is most apparent in the votes for the expansion of Medicaid, offered under the ACA. The garlic-and-crucifix response of the right has been to roll as many logs as possible into this path towards healthcare access.  Most recently, Virginia, where even a Republican-controlled legislature had to bend to the will of the people, became the 33rd  State to expand Medicaid, and there are indications that more states will follow suit.

Meanwhile, the Insurance Apocalypse has not arrived. Not for lack of trying, through Congressional elimination of the individual mandate and their waving the prospect of short-term, thin coverage designed to siphon off the healthy from the pool of the insured to the detriment of those with pre-existing conditions. Those attempts to destabilize the market have not yet worked, in part thanks to the acts of individual governors, such as our own Phil Murphy, to reintroduce the individual mandate at the state level.

But this dragon is not slain yet.  Tea Party Republicans, goaded by their base, are stoking the fire in the belly of the beast to try one last time in June to incinerate the ACA, a prospect that must make Leonard Lance, a reluctant dragon slayer if ever there was one, tremble for his fate.

Because we will #RememberinNovember #NJ07