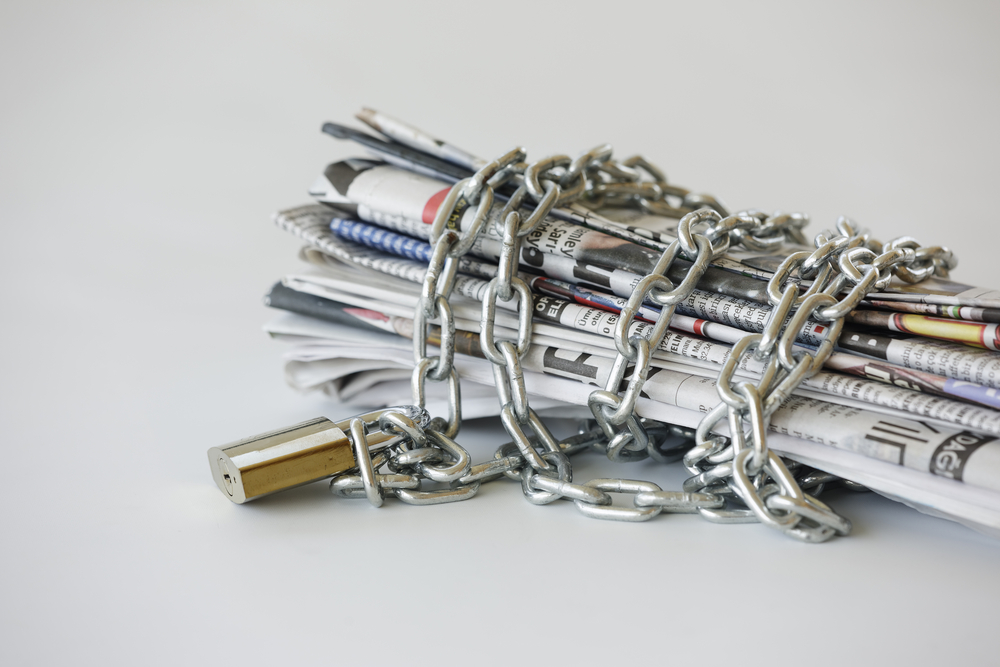 Our President is a pathological liar.  Look it up.  His statements are tracked by multiple fact checking sites, such as Snopes, FactCheck, and WAPO.  All agree that overall, the President has averaged about 6 or 7 false or misleading claims a day; in June and July, the president averaged 16 a day. That is pathological.

His response to being exposed as a liar multiple times a day is to shout “fake news” about any story he does not like and to attack the source.  He has called the media “the enemy of the American People.” He has said that “our country’s biggest enemy is the Fake News so easily promulgated by fools!” He has described journalists as “the most dishonest human beings on Earth.” On Thursday he called the media “horrible, horrendous people.”“They can make anything bad, because they are the fake, fake disgusting news,” he said.

Why does he do it? Leslie Stahl of CBS said that Trump told her“you know why I do it? I do it to discredit you all and demean you all, so when you write negative stories about me no one will believe you.”  Let that sink in.  The President is carrying out a campaign of disinformation. By creating an environment for his supporters where nobody believes anything any more, he makes informed opinion impossible and opens the door for the lunatic fringe of conspiracy theorists, like QAnon.

By casting himself as victim, he invites his supporters to see themselves as victims also. If Trump is being attacked, they are too.  And they will attack the attackers.  This is getting dangerous. Jim Accosta Tweeted frightening scenes from a rally in Tampa.  Bret Stephens has described threatening phone calls he has received. The publisher of The NY Times told Trump, reporters are going to get hurt – here in the U.S. Or overseas where Trump has legitimized attacks on the media by authoritarian regimes.

Reach out and hug a journalist today. And while you are at it, call Leonard Lance and tell him to condemn the President’s attacks on our freedoms. His silence is complicity. NJ 7 deserves a Congressman that defends a free press. Your vote matters in November.