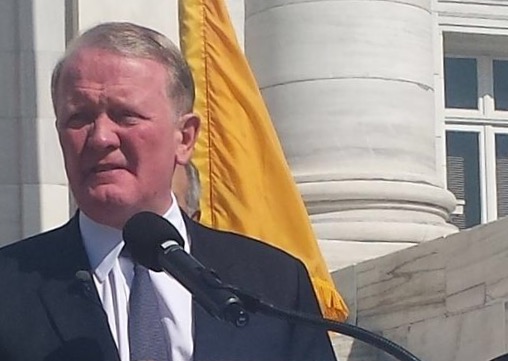 Leonard Lance stands before us, stripped for his medical exam, and it is not a pretty sight. What is his position on healthcare?  The man whose proud boast was once the 60+ times he had voted eviscerate The Affordable Care Act, has gone strangely quiet on the topic. The man has no more idea what to do about this issue than he knew about the number of his constituents who depended on Obamacare.

Little wonder he is quiet.  After Lance and his colleagues failed to get the Affordable Care Act repealed, Republicans have turned to the courts to do their work for them. Jeff Sessions has refused to defend a Texas lawsuit, which if successful will have nationwide implications. It will make the individual mandate unconstitutional AND the provisions that protect people with pre-existing medical conditions and limit what insurers can charge older, sicker customers.

The Department of Health and Human Services  say about 133 million Americans younger than 65 — about 51 percent of that population — are believed to live with pre-existing conditions. In NJ7, the estimates for the number of non-elderly (under 65) with preexisting conditions is331,800, or 53%.

And, no, all those people are not going to suddenly lose their health insurance. But maybe, if you have a preexisting condition and are covered by your employer, think about what may happen when you change jobs.  Or have some empathy for those who will face higher premiums, or who have no coverage. Or think about the 20,600 of Lance’s constituents who currently depend on Obamacare. Or think about women, who stand to lose the ability to buy a health plan that actually covers the medical care they need. Or those in their 50s and early 60s who have not yet reached 65, the age at which most people become eligible for Medicare.

Medicare - The Great Safe Haven for healthcare. Well, in case you millennials missed it, Leonard Lance just said in the Chamber of Commerce debate that “for people who are young now” the age for Medicare eligibility will have to go up…..

Leonard Lance’s prescription for healthcare is a plague. Tom Malinowski is the cure for what ails us.