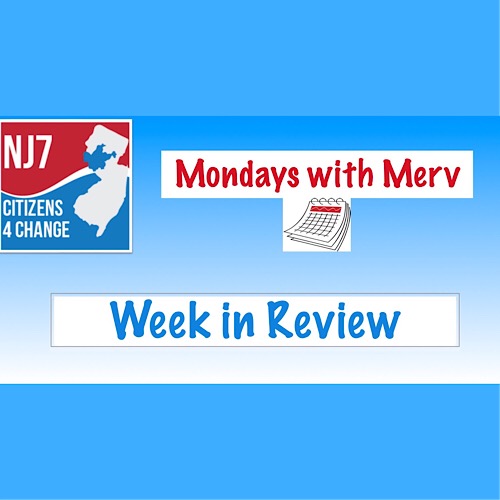 Doesn’t it feels as though we have endured a year of eating bitter fruit? At last we tasted some sweetness in the elections this week.

I was a spear-carrier in the municipal elections in Westfield, where the Republicans held all 8 council seats and the mayor’s office. Shelley Brindle campaigned to become the town’s first female mayor, and lead a ticket including four Democrat candidates for the council seats up for re-election.  The campaign fed off the energy of the local “resist” movement, making liberal use of both traditional campaign tools and social media to mobilize a motivated base of all ages.  Shelley and her team certainly motivated me to get out of my armchair!

And the result?  A clean sweep! On a day on which the rain set in at around 4:00pm, the election generated a 45% voter turnout, compared with a statewide average of 35%.  Other local townships have similar tales to tell, I know

There are lessons to be learned here for our next task in the 2018 mid-term elections.  It will not be easy.  In the four elections in which Congressman Lance has run, his margin of victory has never been less than 9% and it has been as high as 20%, feeding off a solid base of support in the west of the state.  But in the gubernatorial election, in the counties that fall in whole or in part in NJ7, Murphy outpolled Guadagno. Murphy ran away with Union county; and came close in Somerset.  As in Virginia, the more suburban counties went heavily for the progressive message.  Of course, the counties don’t match completely with the Congressional map, but it is encouraging.

A strong candidate with a compelling vision; multi-generational and coordinated “resistance”; robust local organization; a high voter turnout.  Together, our citizens can indeed force change!

In the words of Winston Churchill, “this is not the end; it is not even the beginning of the end.  But it is, perhaps, the end of the beginning.”