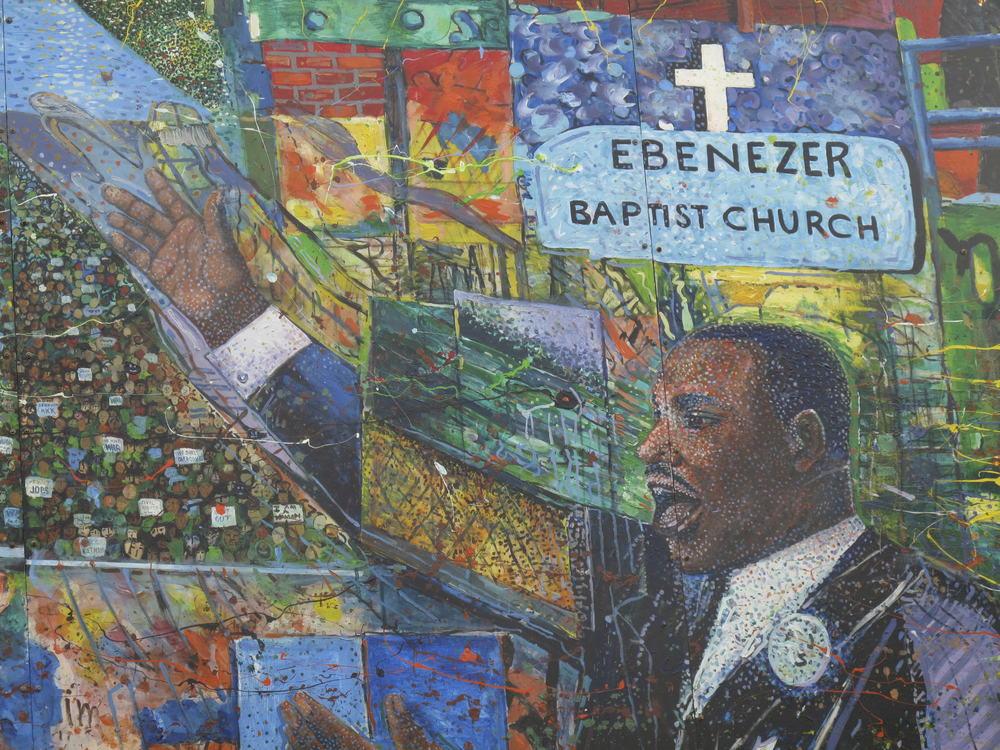 Great leaders are able to envision a better future for all; they are able to inspire people to bond, to replace personal, self-serving or  short-term interests with unifying, long-term greater goals. Great leadership is lacking at the present time, and sadly, there is still much work to be done and progress to be made to strengthen and improve our democracy and reduce social and economic injustice.  We continue to look to Martin Luther King, Jr.’s message of hope to encourage us and lead us forward in this work.  And increasingly, there are values and ideals under threat in America today which should alarm and motivate the majority of the citizens to heed his wise words and follow his lead on a variety of issues.

Admittedly, there are many obstacles in unifying and motivating an increasingly fractionated majority (I indeed believe a majority of Americans would like to see more progress in line with MLK vision).  Some of the obstacles are contrasting short-term interests, lack of long term vision, winners and losers in an evolving labor market and changing social norms.
Each of these areas (and more) requires additional analysis; here I’d just like to remind us about one of the messages that MLK left us that fortunately seems to have resonated over the last eighteen months.

MLK told us that you cannot expect the other to drive the change you want and need; you can’t hope that they relinquish the power that they have to give you some of it. “We know through painful experience that freedom is never voluntarily given by the oppressor, it must be demanded by the oppressed.” (Letter From Birmingham Jail, April 16, 1963).

This is a bitter pill to swallow, but it rings true.  Take, for example, some of the issues still plaguing minorities today in America.  One need only look at the disproportionate mass incarceration of mostly black and brown people that is still taking place today. There is also the difficulties that black and brown people can encounter when entering certain schools, jobs or neighborhoods. Minorities cannot expect that just because white people say they are serious about wanting to end racism, white people are going to take the lead on putting an end to this situation, especially when these are not issues that are disproportionately impacting them.

Similarly, despite the “consciousness raising” that dates back to the 1960’s, women can’t honestly assume that men will be a pro-active part of resolving the sexual harassment plague, or womens’ lack of equality in the labor market.

These two examples of persistent and significant social problems affecting minorities and women are not given so as to express that white men are evil, but rather, they demonstrate that people who are not really affected by a problem will neither see the degree of urgency nor work as hard to resolve the problem as the impacted people themselves.

More recently, we see the example of high school students reckoning that the NRA-sponsored Republican Congress will not seriously tackle the tragedy of gun violence.  In this case, the students quickly realized that big changes don’t happen without the drive of the impacted people.

What happened with the Parkland students reminds us that we need to work (hard) to see the changes that we want. It won’t be a quick and easy task; it won’t be enough to replace a lawmaker in DC or in your State. It will only work if everyone realizes that they need to be-- and can be-- agents of change.  We need to focus on inspiring long-term changes. We need to promote a social and cultural shift in each of our families, circle of friends, communities, towns, cities, counties, districts and states.

While a discussion on practical political representation is needed, let’s also remember that our last thoughtful leader (President Obama) told us the same thing some time ago:  "Change will not come if we wait for some other person or some other time. We are the ones we've been waiting for. We are the change that we seek."

When you get discouraged, just remember:  In November 2016, a majority of Americans voted for a much better vision of the country!

Gio is a Summit, NJ, resident who is very concerned about the current Administration's disregard for authentic democracy; civil rights and equal opportunities; the environment and foreign relationships. Gio likes to apply his technical and organizational skills to foster citizens' democratic involvement.