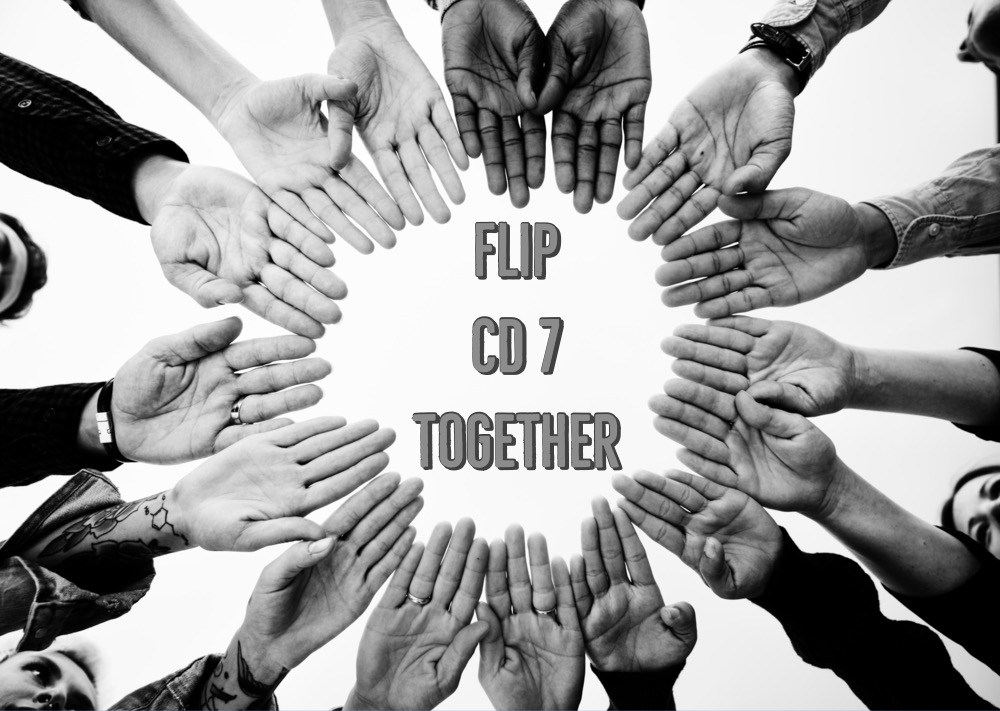 You've undoubtedly seen it, particularly as online news consumers:  The pre-election spin has started, and that machine is working overtime to wind its way into the fluid workings of the GOTV effort and deposit wrenches where gears meet.

There are and will continue to be many attempts to unravel the commonality that binds us together as we work toward November, as a citizenry engaged in protecting our lowercase-d democratic ideals.  There will be attempts to pull activists apart into factions, to raise issues that fracture our unity and would turn our focus away from defense of humanity and the planet toward controversy and internal strife.

Don't allow it!  Actively refuse.  #Resist as vigilantly as you oppose cruel governance!

We have held strong, together, all this time - leading marches, calling for action, demonstrating, writing, speaking to media, speaking to neighbors, standing up for ourselves and our people, insisting to the world as each new GOP Administration attack on America rolled out that we know we are only as safe as the least protected among us.  We fought and continue to fight for healthcare, for tax fairness, for our earned benefits, for the environment, for education, for our immigrants, for science, for food security, for decency as policy guidance.  We have work yet to do, but leading into November we should naturally be able to celebrate our two year anniversary as a movement (and in alliance with activist groups that have been fighting injustice for much longer than two years) with a string of election-day victories over the cruel, inhumane policies of the GOP Administration and the unacceptable inaction of the GOP-controlled 115th Congress to stop those policies.

So long as we stay together and stay focused on the betterment of our people, our nation and the earth, we have an advantage we must not squander.  We are not alone in wishing for a blue wave, either.  It isn't only our international friends calling for capital-D Democratic victories.  As former GOP strategist Steve Schmidt said, "The party of Trump must be obliterated."  He called the party "corrupt, indecent and immoral."  Conservative columnist George Will wrote a column imploring voters to vote against the GOP, calling Congressional Republicans "the president's poodles" who "have failed to be worthy" of their offices.

Eyes on the prize, friends!  We want a Congress that will take action on behalf of people, the planet and progress.  The only way we get to that goal is by working together, and refusing the attempts to pull us apart.  We must be vigilant gatekeepers to the morale of our own movement.  Reject the wrenches!

We have at the time this is written only 121 days remaining to make sure that the best-available candidates win their seats on November 6, 2018, and to be sure that as many moral and decent voters turn out to the polls as possible on that date to secure those victories.  Are you doing everything you can to secure victory on that date?  What more can you find time to do?

Can you send postcards to voters?  Can you write post-it notes on vote-by-mail ballots, buy some stamps and envelopes, and mail them out to infrequent voters to request votes by paper ballot this year?  Talk to your local or county-level democratic committee or your favorite activist group about canvassing and phone banking, or for the 'Post It Posse' email [email protected] to get started.  ATNJ has created a user-friendly proprietary database similar to VAN that can help with everything from phone banking to walking lists.

The blue wave happens with blue work!  We have the people, the unity, the moral high ground and popular opinion on our side.  Keep those advantages and use them.   Eyes on the goal, blinders on, and let your words from now until November serve to motivate the movement.  121 days left!  Let's do this!  #StrongerTogether