The Apple Fell Far from the Tree 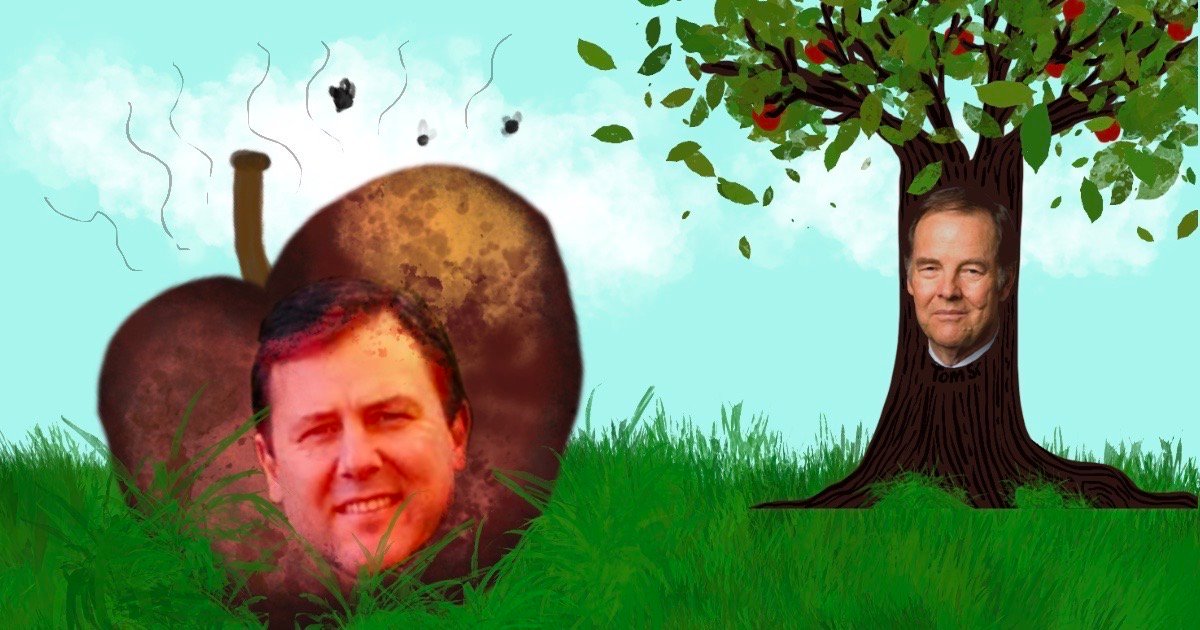 Let’s face it; courage and conviction are on the ballot this November. And in these difficult times, we need lawmakers to rise to the occasion and stand up for their constituents.

Only disappointment can describe Tom Kean’s silence on the important issues facing New Jersey and this nation. It has become painfully clear that the State Senator is NOT his father. Nor is he a moderate.

Although Kean is hoping to ride on his father’s bipartisan coattails, to a seat in Congress representing the seventh district, his evasiveness in the face of a rogue president dismantling our democracy speaks volumes.

Since the very beginning of The Trump Presidency, Kean has rarely, if ever, denounced the cruelty of Trump’s policies. From the Muslim ban to separating undocumented immigrant children from their parents to Trump's DOJ fighting to reverse pre-existing condition coverage in the Affordable Care Act, Kean has been mute.

The apple has fallen far from the tree. As someone who lived the majority of my life in New Jersey, I can tell you that Governor Tom Kean was a revered Governor. Yes, Governor Kean was and is a Republican. But that did not stop him from focusing on the most pressing issues of our time.

We New Jerseyans vividly remember the brown-colored ocean, polluted by toxic waste and garbage. To Governor Kean’s credit, he legislated over the most aggressive environmental legislation in New Jersey’s history. That blue water I swam in last month was a direct result of his efforts.

As a Republican Governor in a blue state, Governor Kean signed into law the Fair Housing Act, established the Transportation Fund Authority, and set a minimum salary for teachers. As an Assemblyman, he also sponsored the Education Opportunity Fund supporting programs for low-income students who demonstrated academic opportunity. Governor Kean’s politics were of inclusion, economic development, and environmental justice.

All of these initiatives by Governor Kean, required strong leadership, willingness to problem-solve, bi-partisanship, and at times bucking his party for the greater good. It required speaking up and speaking out, righting the wrongs and fighting for the people. And it required courage and conviction.

Make no mistake; Tom Kean Jr. is NOT his father. He does not possess the strength, character, or courage required to represent NJ-7. In an age where the Trump Administration has drastically weakened our environmental protections, Kean would not denounce those policies- just look at his record as a state legislator. Kean voted NO requiring New Jersey to join the U.S. Climate Alliance. He voted NO on a bill that would establish a zero-emission certificate for all nuclear power plants. And voted NO to participate in the Greenhouse Gas Initiative.

As the Trump administration dismantles our United States Post office during a deadly pandemic, in order to interfere in a statewide vote by mail initiative, does Kean speak out and condemn that policy? Does he attempt to make voting easier for the average citizen and senior citizen during a pandemic? No, he does not. Instead, Kean voted NO to authorize automatic voter registration and voted NO for registered voters to receive automatic mail-in ballots.

As Donald Trump refers to our soldiers as “suckers” and “losers”, does Kean speak out against a president that doesn’t support our military? NO, he does not. He remains silent.

In these times, we need strong leadership, courage, and guts. This will be the most consequential election of our lifetime. I think we all have an obligation to ask ourselves this: If Tom Kean Jr. can’t speak up now in the face of this pandemic scare and uncertainty for his constituents, environmental rollbacks, unprecedented corruption from the executive branch of government, and the stench of racism and white supremacy, how can we ever expect him to speak out to GOP leadership?

He may have his father’s name, but Tom Kean Jr. is NOT his father.