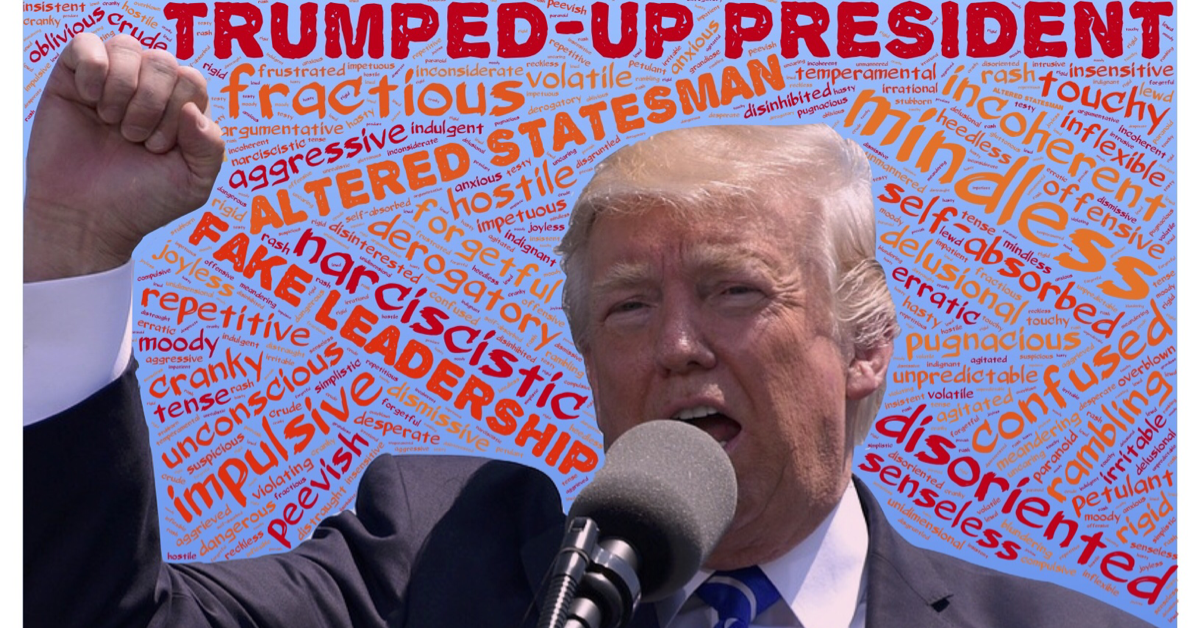 The CIE causes us to hesitate about impeaching Trump because we saw what the impeachment and trial of Bill Clinton did to his popularity.  We saw that the Senate's failure to convict and remove him from office made him a popular martyr, and that he left office with the highest approval rating (66%) of any post-war President.  The lesson we draw from this is that the impeachment of, but failure to convict and remove, Trump would risk having a similar effect on Trump's popularity. And because a second Trump term is utterly unthinkable, an absolutely ineffable catastrophe, even a very slight risk of making him a martyr to impeachment outweighs the potential benefit of seeing him removed before the Election. Add to that the fact that we know (or, at least, we *believe* we know) that the chance that 19 Republicans would ever join the 45 Democrats and 2 Independents in the Senate to vote to convict and remove Trump is essentially zero, and the power of the CIE almost overwhelms all other considerations.

It is, of course, vital for us to learn from mistakes such as the Clinton Impeachment, lest we end up repeating them.  I’m just not entirely sure that the correct lesson is that impeachment and failure to convict always makes the "impeachee" a political martyr.  It strikes me that it may well depend on the merits of the case for impeachment.

The popular perception, mostly accurate, is that the Republican House voted to impeach Bill Clinton because he had had an affair with a White House intern.  A subsidiary reason was that the lie he told about the affair in his deposition in the Paula Jones civil case constituted obstruction of justice, which was a high crime or misdemeanor. But even that lie, in the public perception, was not to cover up for official misdeeds; it was to conceal an extra-marital affair. And most Americans seemed to conclude (as evidenced by opinion polls) that having an affair did not warrant removal from office — and that initially lying to conceal the affair, even under oath, was understandable, if not especially admirable. The bottom line for most was that Bill Clinton's affair with Monica Lewinski was not really any of our business. Whether that sentiment was right or wrong under the circumstances, the perception was that the case for impeachment of Bill Clinton was a really weak one.  Therefore, the decision to impeach him was an overreach.  And that, as much as anything, accounts for his subsequent popularity.  That, and the fact that most Americans also thought that he had actually done a decent job as President.

So, it might be that lesson of the Clinton impeachment is: Don’t impeach unless you have a damned good reason.  Setting aside the CIE for a moment, is there a damned good reason to impeach Donald Trump?  I'll not preach to the choir.  The Mueller report is, in my view, the most damning account of official misconduct and criminal activity by any President in the history of our country. Nixon committed many crimes, abused the powers of his office to punish his political enemies, and obstructed justice to cover them up.  Nixon's crimes were no more egregious than those set forth in exhaustive and appalling detail in the Mueller report. Warren Harding presided during the Teapot Dome scandal, but Harding never benefitted personally from the bribes at the heart of Teapot Dome, nor is there any evidence that he was even aware of it — mostly perhaps because he had the good sense to die before the scandal came to light.  Trump's crimes are patent and he committed them personally.

There is overwhelming evidence based upon an excruciatingly thorough criminal investigation that Trump solicited, cooperated in, and benefited from an attack on the US by a foreign adversary and then he personally engaged in at least six separate acts of criminal obstruction of justice and witness tampering in an effort to shut down the investigation into that attack.  These acts were disloyal to the United States, they violated his oath of office, and they constituted felonies, each punishable by up to 20 years in prison   If they do not constitute high crimes and misdemeanors within the meaning of the Impeachment Clause, then that phrase has no meaning at all.

To the extent that the lesson from the Clinton Impeachment is not to do it without a very good reason, the lesson does not apply to Trump. No President in American history has violated his oath of office more egregiously than Donald Trump.

It has been observed that impeachment is a political tool and that politics, therefore, should determine whether to use it. (For what it's worth, Robert Mueller appears to believe that impeachment is much more a vindication of the public's interest in punishing official criminal conduct than it is a political tool; in light of the present DOJ rules, impeachment is the *sole* method for punishing a *sitting* President after he has committed crimes.). The political case against impeachment is varied: (1) Trump's base will *hate* impeachment and will be more motivated than ever to support him in 2020 if he's not convicted and removed from office, (2) Those who may not be full-on Trump supporters, but who are inclined to think he has "done some good things," could get pushed into his base in response to impeachment, (3) Even some of the people who want to see Trump gone will be turned off by the inevitable hyper-partisanship of an impeachment fight, (4) There’s little to no chance that he would be convicted by the Senate, so impeachment would ultimately be a waste of time, (5) Americans would much rather see Congress spending time passing things such as health care protection and immigration reform and an infrastructure bill than fighting over impeachment, (6) An impeachment trial would consume Congress straight through the Election and, therefore, nothing will be accomplished legislatively, (7) There isn’t time between now and Election Day to pass Articles of Impeachment and complete the trial to remove him, even if removal were possible in the Republican Senate, so what's the point?

I find the combination of all of these arguments compelling.  I find reason (7) particularly convincing. We are going to have to defeat Trump at the polls, in any event, because the release of the Mueller Report at this late date probably does not give Congress enough time to try and to convict him before November 2020.

At the same time, we should all be profoundly troubled by the potentially irreparable damage that would be done to the rule of law if we don’t impeach him.  If not for the DOJ rule that prohibits indicting a sitting President, there is no doubt whatsoever that Mueller would have indicted Trump for his crimes. Mueller clearly regrets that he could not do so.  Trump *should* be indicted for these crimes.  And there is very little doubt that, if he were tried for them, he would be convicted. The evidence is that overwhelming.  Since he cannot now be indicted, failing to impeach him means that he "gets away with" these crimes solely because he’s President. And if, god forbid, he were re-elected, the five-year statute of limitations would run on his crimes. That would be a terrible blow to the rule of law.

Ultimately, it is the vindication of the rule of law, of the principal that no person — including a sitting President — is above the law, that makes me favor the immediate opening of an impeachment investigation in the House Judiciary Committee.

If the House does not at least take that step, then not only do we have to live with a rule that a sitting President cannot be indicted, we have to live with the reality that a sitting President may commit felonies without any consequence whatsoever. A result such as that is not only anathema in a country of laws, it will encourage both Trump and all future Presidents to ignore the law altogether. It will, in effect, create a lawless Executive.  And it is a small step from there to outright dictatorship. If we're willing to countenance that, then (to paraphrase the Coroner of Munchkinland) the American experiment isn’t only merely dead, it is really most sincerely dead.

The impeachment hearings may well, at some point before the Election, compel the issuance of Articles of Impeachment. It would be shocking, under the circumstances, if it did not.  And the calendar may well dictate that Trump must be defeated at the polls rather than tried and convicted in the Senate. So be it.  But at least we will not have sent a message to Trump and to all future Presidents that they may engage in the most appalling criminal behavior while in office and there is nothing whatever that anyone can — or will — ever do about it. And if he is defeated in 2020, he should then be indicted and tried as a private citizen for his crimes.

In the meantime, House Dems need to walk and chew gum at the same time.  They need to continue to pass legislation and send it along to die in the Republican Senate. And we need to work as hard to defeat Trump at the polls in 2020 as we worked last year to elect Tom Malinowski.