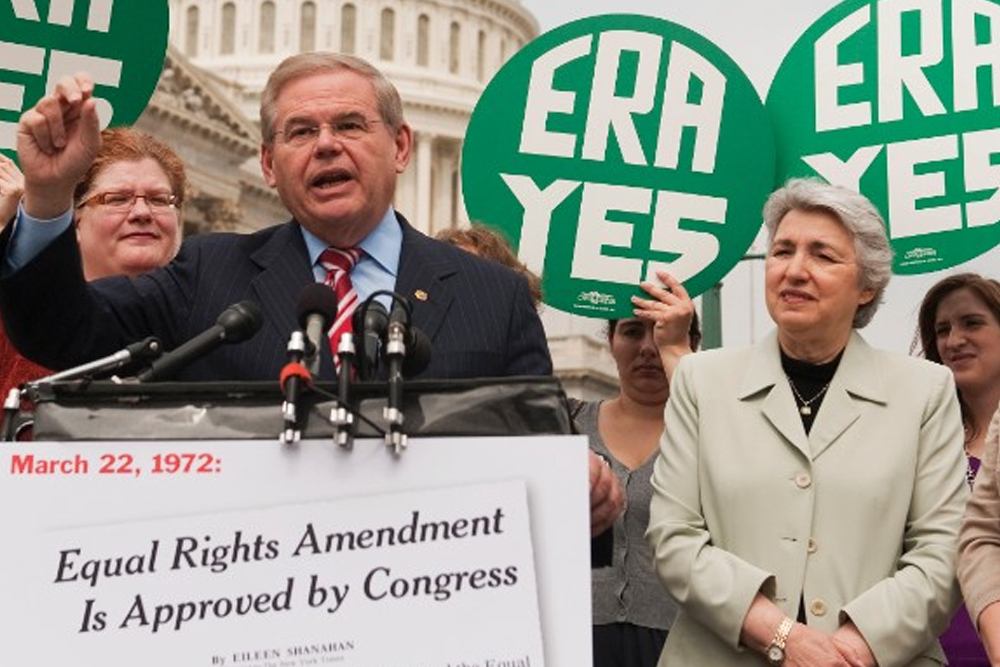 Originalists such as the late Antonin Scalia have claimed that because the constitution states “…all men are created equal” there is no specific equality protection for women under its statutes. This is why we need the Equal Rights Amendment (ERA). In case after case before the Supreme Court, women (and girls) end up with the short end of the stick. In Ohio v. Akron Ctr. for Reproductive Health, the court treated teenage girls differently from their boyfriends when requiring parental notification for minors seeking abortions. This would not have held up under the ERA. Click here for more examples.

After women were granted the right to vote under the 19th Amendment, American suffragist Alice Paul, wrote the Equal Rights Amendment in 1923. Though embraced by Republicans and Democrats alike, initially it struggled for passage for fifty years. Then in 1972 on the heels of the 60’s Women’s Movement, the ERA passed in both houses of Congress. In rapid succession 35 states went on to ratify the amendment — falling three short of the 38-state requirement before the 1982 deadline.

In the aftermath of Trump’s election and the growing wave of feminism throughout the country, the ERA is gaining steam again. Last March, after 40 years of inaction, Nevada became the 36th state to pass the ERA. And there are resolutions introduced in every Congress to pass the ERA. There is the traditional route which will require two-thirds majority in both houses of Congress followed by ratification of three-quarters of the states.

Since 1994, however, an innovative ‘three-state strategy’ has been proposed. This process challenges the legality of the arbitrary deadline set by Congress on the ratification process in 1972. It calls for recognition of the original 35 states, therefore requiring only three more (now two after Nevada) states to accomplish ratification of the ERA.

To learn more, join us at a screening of ‘Equal Means Equal’ hosted by Union County NOW. Details of event. 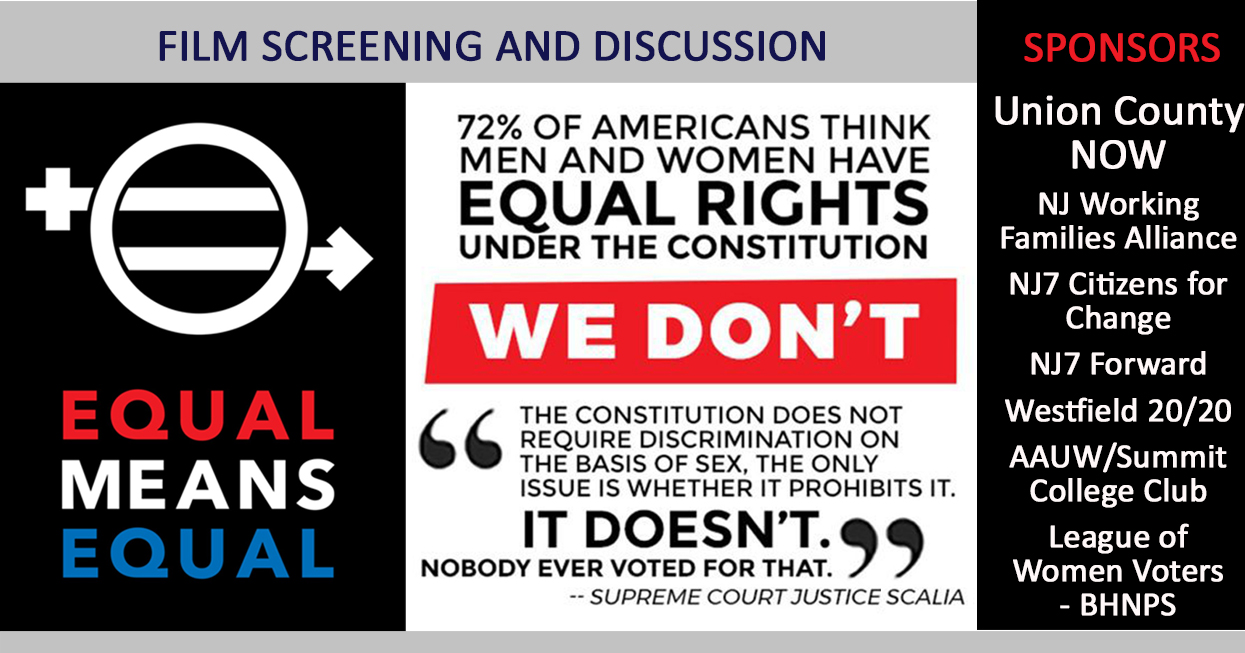 We will be signing postcards to Leonard Lance, urging him to support HJ Res 53 - Resolution to do away with the deadline for ratification of the ERA. NOW, more than ever, we need our legislators to provide equal representation for women.