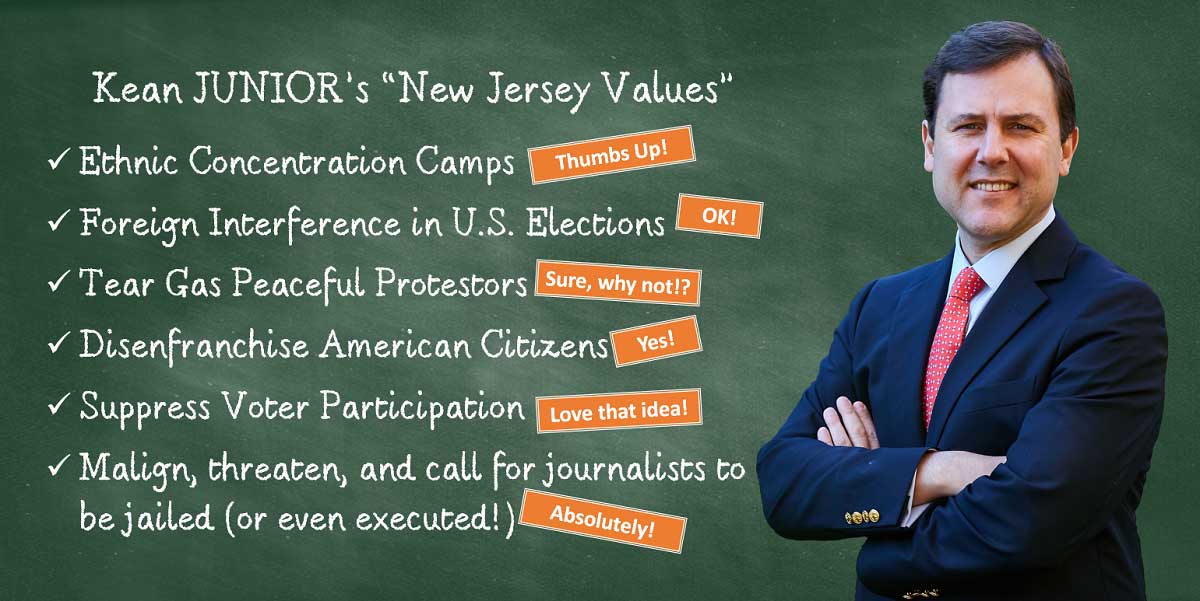 Tom Kean Jr. likes to talk about "values," about bringing New Jersey "values" to Washington. It's astonishing, therefore, that he continues to sit by silently while not only New Jersey values but American values are under assault.

Is it an American value to encourage a dictator to build concentration camps for an ethnic minority?

Is it an American value to beg an authoritarian leader to interfere in our elections?

to stage a political photo or call for unleashing the U.S. military on citizens exercising constitutional rights of assembly?

Is it an American value to attempt to disenfranchise millions of American citizens and suppress the ability of citizens to vote?

Is it an American value to malign, threaten, and call for journalists to be jailed or even executed?

One can only wonder what "values" Sen. Kean wants to bring to Washington. He won't tell us and it's becoming more apparent that he either isn't allowed to or is too concerned about the political consequences of doing so. A perpetual crouch is not an encouraging posture for someone who wants to represent the residents of NJ CD7 in the U.S. House of Representatives. Tom Kean has a voice. He needs to use it.

(Originally appeared in Tap into Westfield)