Tyranny of the Minority 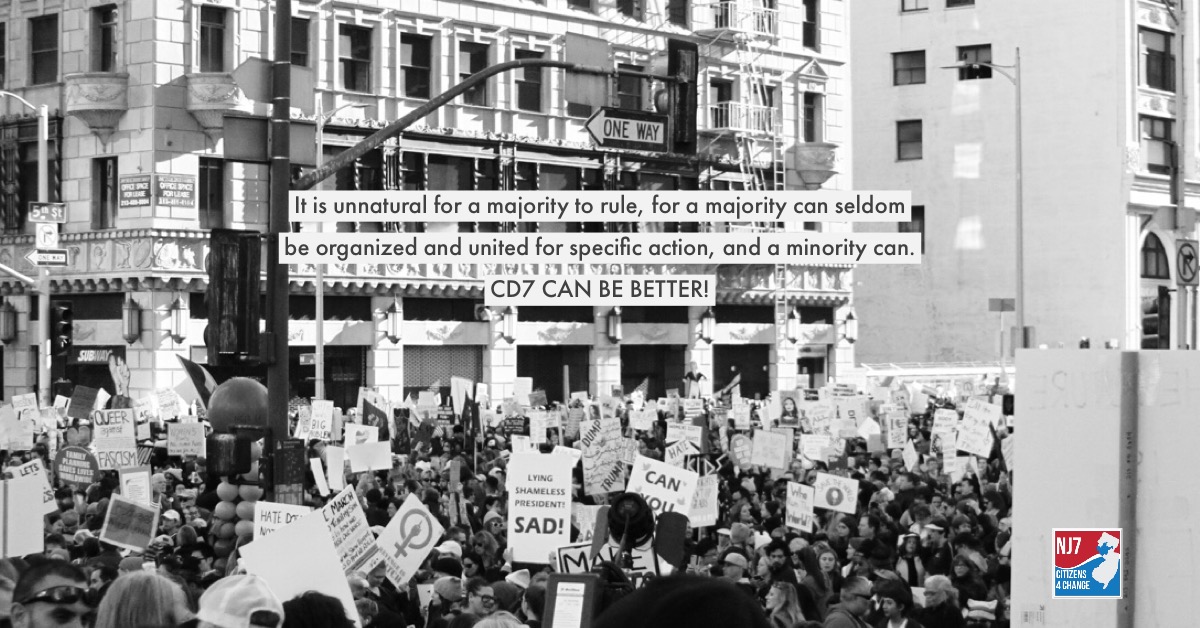 Leonard Lance is a member of a party in decline.

About 25% of the electorate declare an affiliation to the Republican Party in the Trump era, compared to a peak of about 38% in 2005.  It is a party of the aged and the aging. Those aged 50 and over have given Trump his highest approval ratings while those aged 18–29 have given him his lowest.

Trump plays on fear when he rails against illegal immigrants “infesting” our country or questions why the US accepts people from "shithole countries” or adopts a policy of forcible separation of children from their asylum-seeking parents or asserts falsely that millions of illegal votes are cast.

His party’s presidential nominee lost the popular vote in six of the last seven presidential elections. Its Supreme Court nominees have thrice been confirmed by a Republican Senate majority representing a minority of voters. For Neil Gorsuch, his Senate supporters collected 54,098,387 votes compared to 73,425,062 in opposition.  And Brett Kavanaugh will become another “minority justice”, the fourth.  This is how a dying party reaches beyond the grave.

The Republicans have sustained a grip on power by gerrymandering, voter suppression, the use of dark money and by weaponizing fear.

Shame on US, the MAJORITY!  We are not afraid of our demographics. But we need to get out and vote. If we ensure Republicans lose Congress this fall, we can end this tyranny of the minority..

And there are areas where we can decisively attack Republicans in the court of public opinion.Health care, taxation, tariffs, corporate power and the Trump administration’s corruption.

So let’s attack! And save our breath on internecine squabbling and ideological purity, and do the one thing that matters. Vote.  And in NJ07, that means a vote for Tom Malinowski. FLIP NJ07 in 2018.