Unions are in Trouble, and Women Take Collective Action 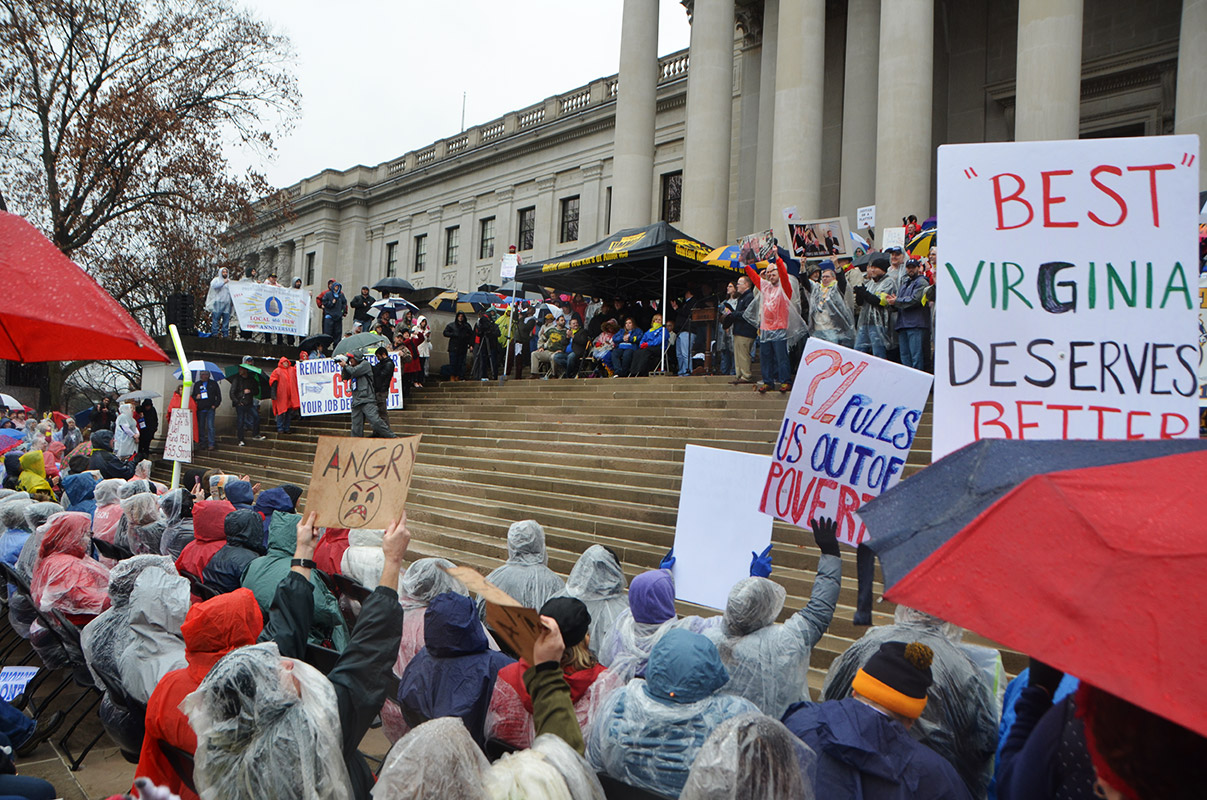 What can be more important for the future of any country than the education of its children? But West Virginia cannot keep the teachers they have. The State ranks 48th in teachers’ pay by State, and the value of their health care coverage has been eroded by increasing premiums and deductibles. What to do? Take collective action.

Few things irritate the Republican Right more than collective action, which brought us the eight-hour workday, the five-day work week, vacation days, and all the other labor protections we take for granted. As participation rates in labor unions has declined, real incomes for the middle class have fallen in lockstep. With no effective counterbalance to the demand for “shareholder value,” wages and benefits are fair game.

For example, who has a defined benefit pension anymore? Traditional pensions, like unions, are collective and centrally managed. In a 401(K), you are alone and devoid of leverage to negotiate. Your economic voice in how your retirement funds are being invested is atomized and silenced.

Teacher strikes are illegal in West Virginia. Teachers have no collective bargaining rights in the state. But after making arrangements to provide packed lunches for kids who rely on free school meals, out they went, and they stayed out until the state agreed to their demand for a 5% pay hike. Oklahoma and Kentucky might be next.

The Koch brothers and their ilk have forced a case to the Supreme Court on the “right-to-work” issue, prohibiting mandatory union dues. Catastrophic as that will undoubtedly be for organized labor, the teachers of West Virginia have shown that when “enough is enough,” mass action works.

And maybe this is just the start of a larger mass movement to say “no” to the agenda driven by the President and his friends. Among those friends, I count Congressman Leonard Lance. Let’s commit to mass action in NJ7 to vote him out in November!