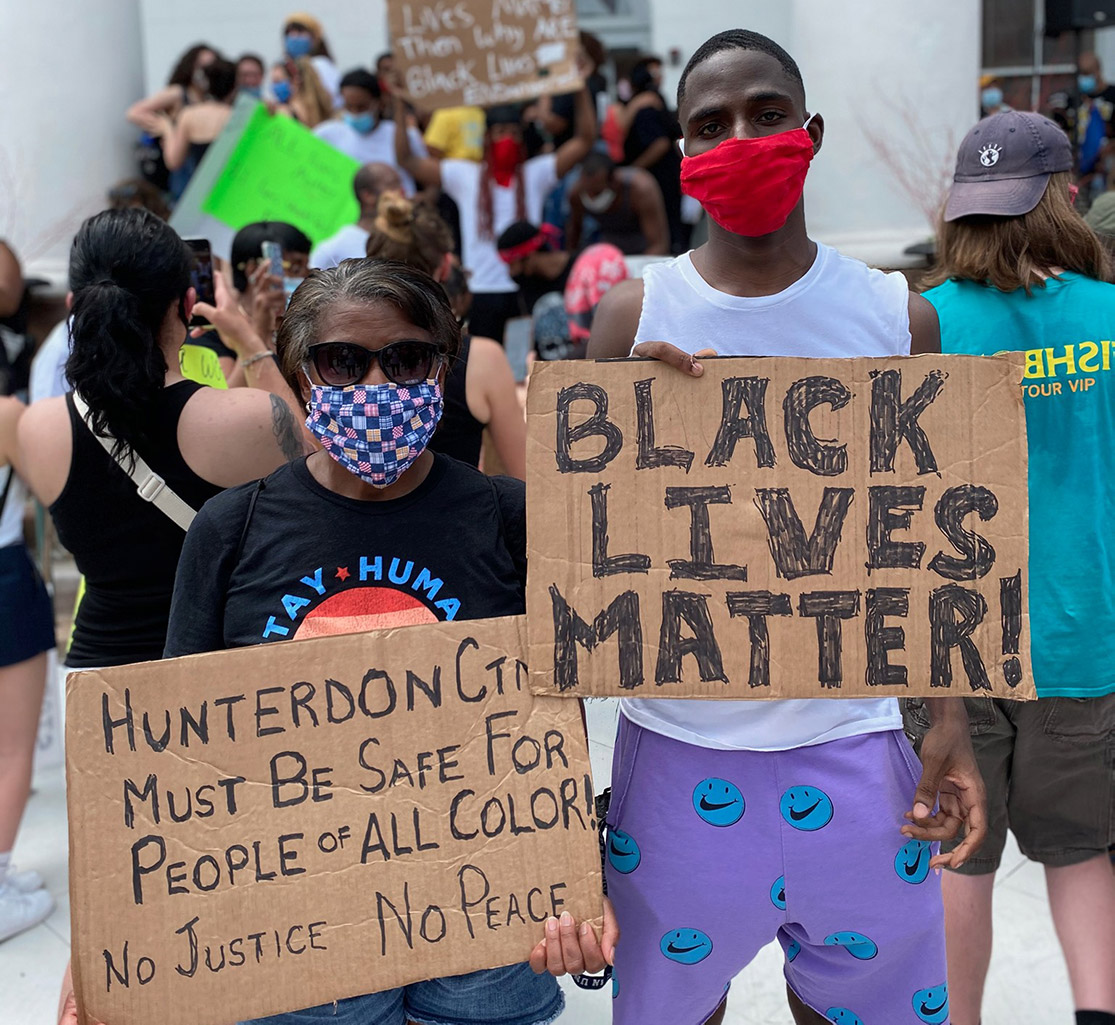 The timing of this post coupled with the initial wave of “thumbs up” responses on Facebook fueled my anxiety and anger. The overreporting of looting over the peaceful protests that emerged over the murder of George Floyd led me to believe that many, including my neighbors, were rather pleased with the “safeness” of Hunterdon County afforded to them by their whiteness. The same cannot be said for people of color in Hunterdon County, especially young Black men. Hence, the words I wrote on the sign I held throughout Saturday’s protest.

Before Saturday, I would not consider myself an activist, but I’ve always been one to speak up when others remained silent. Throughout my life, I’ve been the only voice in the room to call out inequality, bias, and racism, and, at times, placing my own career in jeopardy. It may be in my genes as both my parents were civil rights trailblazers in the community I grew up in, Bethlehem, Pennsylvania. My father was the first African American chosen as Man of the Year by the Bethlehem Jaycees and my mother was the first Black teacher hired by the Bethlehem School District, both in 1964. Last September, I retired after 38 years working for the Federal government. My last position was the EEO and Diversity Executive for the Nuclear Regulatory Commission.

After a stellar Federal career where I removed barriers and broke glass ceilings, championing equality and advocating for diversity and inclusion, my time to rest on my laurels was preempted on the first Saturday morning of my retirement.

My two sons go for haircuts every other Saturday, traveling 30 minutes to Lawrenceville because there is no Black barber in the Flemington area. One morning, my son Alex had just driven up our driveway, and, as I waited for him to come in the house, I saw him walking back down towards the street. When he eventually came inside, he explained that a car had followed him into our development and was video recording him through the window of their car. He had gone down to street level because he wanted to see what they wanted. They circled at the end of the street and left our neighborhood. He said that a few miles from home he was driving behind the car and passed it on the right at a light where it appeared it was going to turn left. The driver changed his mind and continued straight and, now behind Alex, and proceeded to follow him home.

Twenty minutes later, a police car pulled up our driveway. I answered the door and the officer asked about the Honda Accord and whether my son was home. He was following up on a report of a man driving the Honda erratically and appeared to be under the influence. Mind you, it was 10:00 AM in the morning. As the officer questioned my son on my steps, he stumbled on his words as to what would happen next, whether there would be a report or how the incident would be documented. Before he could leave our stoop, a second police car pulled up at the bottom of our driveway, I presume as back-up. 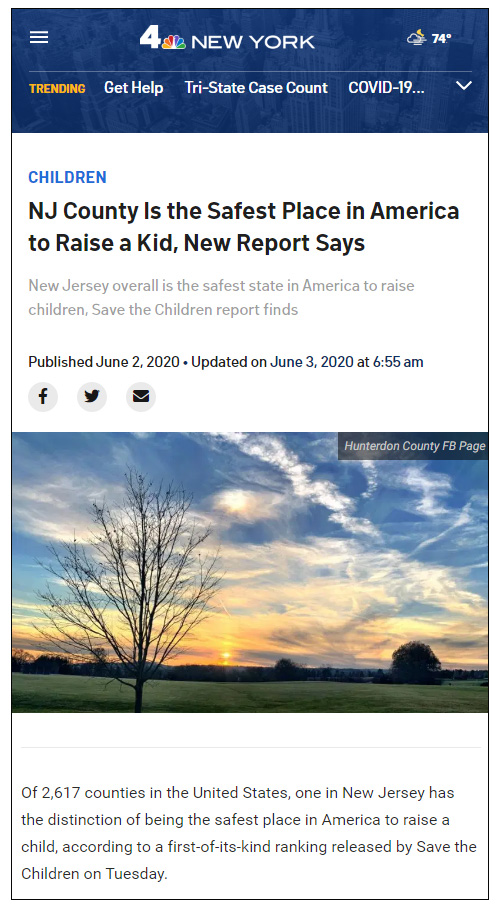 Both cruisers left, but the harm was done.

I doubt that officer even realized (or maybe he did) the impact the encounter had on my son and me. First, it pained me that my son dismissed it as something routine. I get it, as he has been and continues to be routinely profiled and harassed by the local police. The local police have followed him home driving all the way up our driveway which is set a distance from street level, stopping him in the parking lot of his employment, citing him for minor traffic violations that most others would only get a warning. For me though, the ten-minute exchange left me numb and empty for days.

My first weekend of retirement should have been a celebration and care-free. Instead, I was quickly reminded that no matter how hard or long you work to do good things, your position in society is quickly relegated to the color of your skin despite your professional career achievements, acquisition of property, paying of taxes (which are as high as the county is safe). Last week after seeing the post about the safeness of Hunterdon County, the memory of that Saturday morning came back vividly in my mind and I also experienced similar physiological and emotional responses as I did that day. In fact, as I write this, my heart is quickening and there’s a lump in the back of my throat. The pain, hurt, and dissolution remains!

I am being transparent in my truth behind my Facebook post because many of my friends “liked” but few offered comments to my posted picture at last Saturday’s protest. I wasn’t protesting as just part of the crowd but because something deep inside compelled me to voice my pain.

I was torn in the days leading up to the protest given my personal demographics that place me in the highly vulnerable COVID-19 risk group--being Black, having medical issues, and being over 60 years old. I checked in with relatives and friends and was encouraged to take the same precautions I’ve subscribed to these past three months. I’m glad I exercised my right to be heard and look forward to further conversations.

If you have kept reading to the end, I’m grateful for you hearing me. As I watch the going home celebration of George Floyd, I can’t help but wonder what next? Will his death and those before and after truly fuel the change that has been a long time coming? With many seeking better understanding of the dual society that white privilege has spawned in our country, I go back to a Diversity and Inclusion initiative we launched at my workplace. Recognizing the value of diversity and a need for greater inclusion, the program centered on creating empathy. The four-step process first focused on exposing participants to the experiences of others to provoke a curiosity to educate and ultimately develop empathy for those who are not like you. I am therefore exposing you to my experience. My protest words point to the need for more knowledge on the subject of what constitutes safe and whether it is universal.