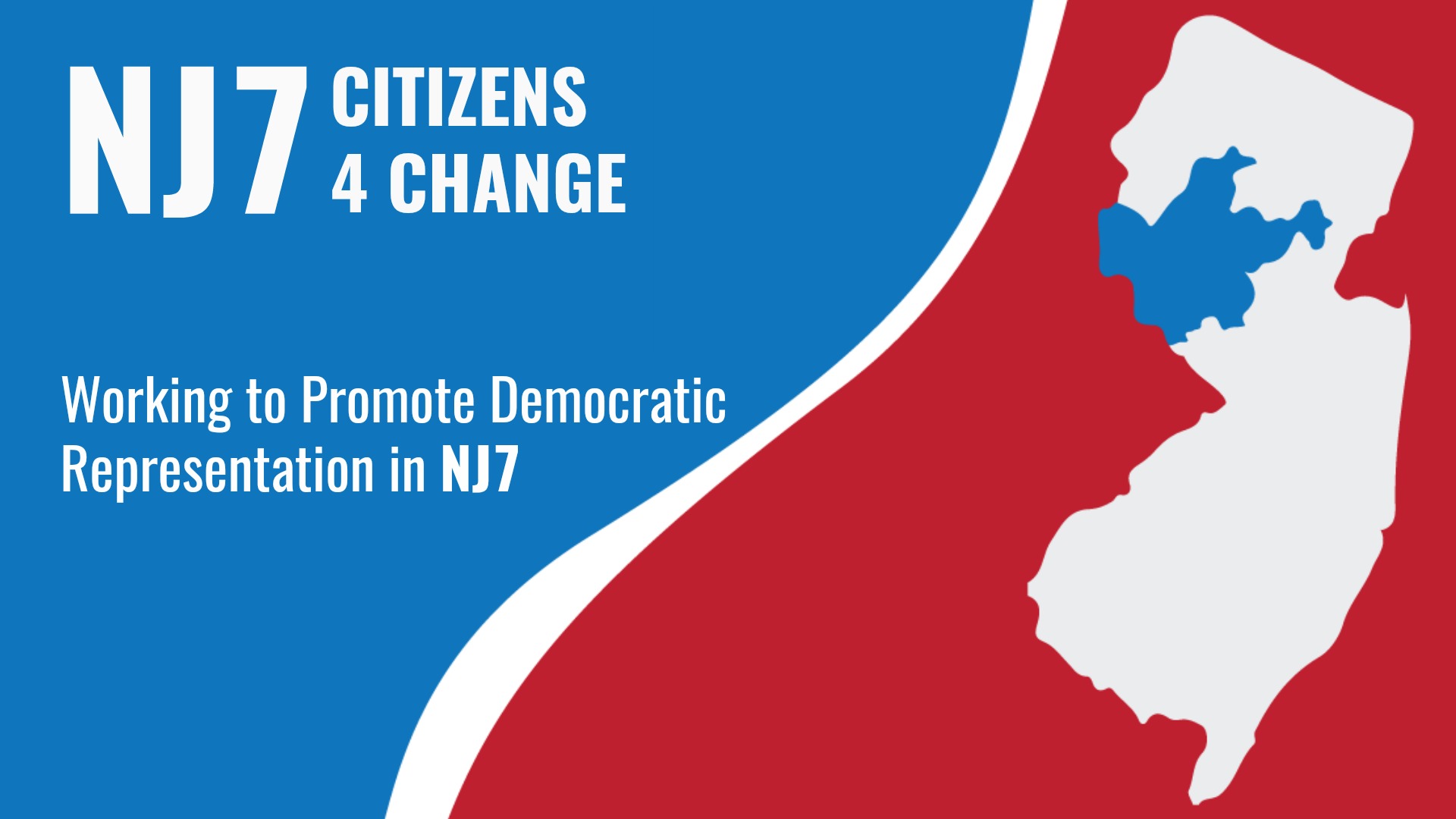 NJ7 Citizens for Change (NJ7C4C) is a federally-registered [ Super PAC (Political Action Committee)].  A Super PAC cannot contribute to or coordinate with a candidate or political party but may otherwise engage in unlimited political spending to advocate for or against a federal candidate.  Our mission is to promote Democratic representation for the 7th Congressional District of New Jersey.  Specifically, we seek to dispel the notion that Leonard Lance is the moderate that you see on MSNBC, CNN, and NPR.  In addition, you may be seeing ads that depict him as the protector of the middle class when we know that his voting record says otherwise.  These ads have been produced and paid for by GOP Super PACs.

We want to produce quality video and print materials as well as radio ads to illustrate his voting record, which is consistent with the Trump agenda over 90% of the time. Virtually every dollar you donate to NJ7C4C will go towards fulfilling this goal.  We are all volunteers and have no paid staff and negligible overhead. Once we have produced issue-oriented videos, we will boost them, as well as other on-line content, to targeted audiences on social media.

There are over 20 grassroots activist groups active in New Jersey’s Seventh Congressional District.  We do not seek to duplicate their efforts but rather to work with them to produce materials that expose Lance for who he is and not who he pretends to be on TV. Most of these groups have no legal means to raise funds.  We all know that effective, far reaching messaging takes money.  We can provide paid messaging to compliment the on-the-ground work of the Grassroots groups.  It will take a great targeted effort to unseat Lance and to bring strong Democratic representation to New Jersey’s Seventh District.

In terms of the current field of Democratic candidates, there are currently at least six individuals vying for the nomination.  We hope to see a fair and open primary process whereby a strong candidate will move forward into the General Election at which time we will wholeheartedly and enthusiastically support her or him.

Please consider becoming part of our campaign for 2,500 donations of $25 in 25 days.  Give yourself the gift of a new Congressperson in 2018.  Donate Here