Workers Standing United is What Ended the Shutdown 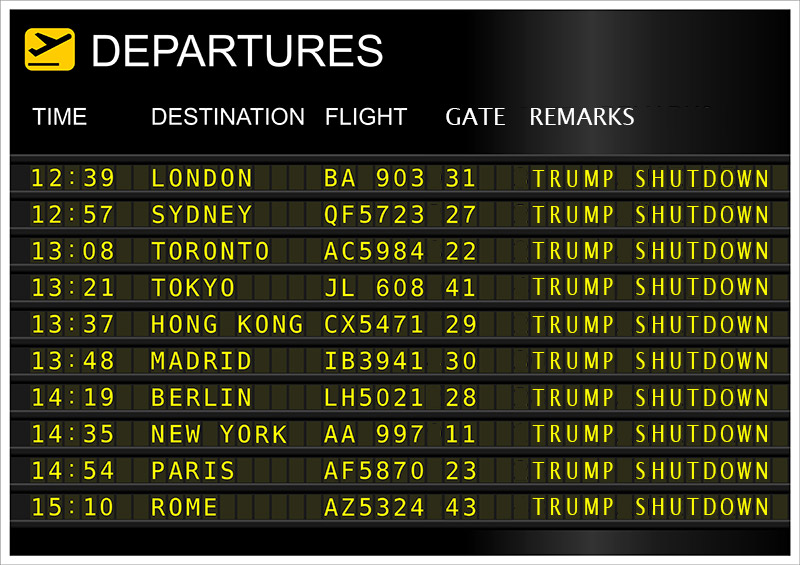 Within minutes of the longest government shutdown in United States history coming to end on Friday, January 25th, the major media headlines in concert began to read: “Trump lost, Pelosi wins.” Even a hashtag (#PelosiWins) began to trend on Twitter.
While we can give credit to the Democrats in Congress for holding out from providing a single penny or capitulating to anything else ‘in the name of bipartisanship’ to appease a Trump-tantrum, the major media narrative misses much of the actual story as well as an opportunity entirely to mobilize citizen activism.

Friday morning, as I scrolled through my Facebook news feed, I came to learn that LaGuardia airport was set to close and 300/+ other airports were experiencing delays due to staff shortages. This was obviously a result of the government shutdown. Many of the TSA workers who make around $40k or less a year, air traffic controllers, and hundreds of thousands of other federal employees lacking a paycheck for 35 days, didn’t show up to work. Why? Because working-class Americans need a paycheck from somewhere to put food on the table!

Lesser known leaders who stood in solidarity and were instrumental in ending the shutdown were those at the Air Line Pilots Association and the Association of Flight Attendants-CWA. They understood that government workers – no thanks to the policies of Presidents Carter and Reagan – could not go on strike. They understood that unpaid workers, are also stressed, worried and distracted workers, leading to public security concerns in an industry that already has its inherent risks. They understood that air flight and travel are crucial to a functioning economy. When airliners (commercial, courier, or private) are held up, people, goods, and services that move capital across the world are also held up. The actions that ensued led Sara Nelson, President of the Association of Flight Attendants-CWA, to utter political poetry:

"Do we have your attention now, Leader McConnell? All Lawmakers? Open the government and then get back to the business of democracy to discuss whatever issue you so choose.”

And so, it was within less than a full work day, Trump the master of the ‘Art of the Deal’ himself, folded with his tail between his legs as the whole world watched, politicians took credit, and the heroic acts of everyday people in America went unsung - and this last part is the lesson I hope we pay most attention to. This is not the end. The government will remain open only for another 3 weeks (until February 15th), unless a spending bill is passed. Even then, we face many more challenges up until and after then. The most valuable take away from this shutdown, more than any other in recent history, is what the major media narrative refuses to acknowledge: the power of every day working-class people. “Power concedes nothing without a demand,” said MLK. Any and every issue that has popular public support, from a living wage to single-payer healthcare to a green new deal, can be achieved when working-class people in America stand united. That I believe, is the most valuable take away.